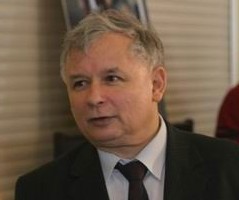 Since the Law and Justice party that he founded swept to power nearly three years ago, Jaroslaw Kaczynski has been the dominant figure in Polish politics. But in recent weeks, speculation has begun to mount about how long that will remain the case.

In early May, the veteran ideologue — the main figure behind a rightwing, Eurosceptic resurgence in Polish politics that has put Warsaw at loggerheads with Brussels— disappeared from public view for several weeks after being taken to hospital for treatment. He re-emerged on June 8, but has since kept a low profile…

Poland Is Becoming The Keystone Of NATO’s Evolving Security Architecture