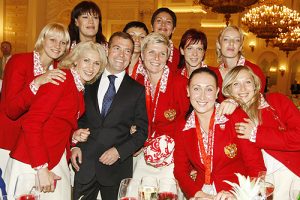 Vladimir Putin, sworn in on Monday for another six years as Russian president, has nominated Dmitry Medvedev again to be his prime minister.

Here’s an introduction to the 52-year-old Medvedev, a long-time Putin ally who has already served as prime minister since 2012.

— Medvedev, like Putin, was born in Soviet Leningrad, now called St Petersburg. A law graduate, both he and Putin were close to the late Anatoly Sobchak, mayor of the city from 1991-1996. Sobchak is often spoken of as Putin’s political mentor.

— Medvedev worked with Putin in the early 1990s in St Petersburg city hall where Putin headed the Committee for Foreign Affairs. Medvedev then worked as a legal affairs director at a big timber firm…