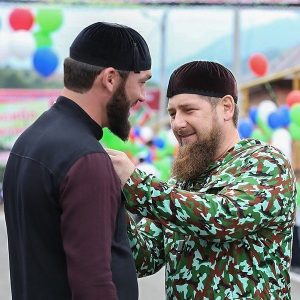 Millions marched in France on 11 January 2015, in tribute to the murdered Charlie Hebdo journalists, and 60 heads of state went to Paris to show solidarity. But a week later, a million Muslims from across the North Caucasus protested in Grozny, the Chechnyan capital, over a caricature of the Prophet on the front cover of Charlie Hebdo’s 14 January ‘survivors’ issue’. Balloons with the words ‘We love the Prophet Muhammad’ floated above the crowd. Ramzan Kadyrov, head of the Chechen republic, who had initiated the event, warned: ‘We will not allow anyone to insult the Prophet.’

Last year, Kadyrov confirmed his increasingly ill-concealed ambition of becoming spokesman for all of Russia’s Muslims, even if that means offending Moscow. At a demonstration against the persecution of Rohingya Muslims in Myanmar, he said: ‘If Russia supports the devils who commit these crimes, I will oppose its position…’

Vlad Says Cold War Is Over