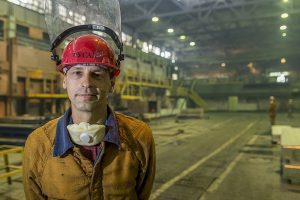 U.S. Treasury Secretary Steve Mnuchin said today the United States is not trying to put the massive, Russian aluminum maker Rusal out of business, but simply is targeting the ownership of the company. The firm’s controlling interest, oligarch Oleg Deripaska and associated corporations, were included on the recent list of American sanctioned individuals and entities due to their close ties with Russian leader Vladimir Putin.

“Rusal was picked up not because we were targeting Rusal, but because we were targeting the ownership of Rusal. We understood the impact that this would have on a lot of hard workers, we have extended the license with Rusal to try to deal with these issues, the company has petitioned us for delisting,” he said, adding that “one of the issues will be selling down the majority interest,” reported Russian state news agency TASS.

Asked whether penalties may be removed if Deripaska remains a minority shareholder he said: “It wouldn’t be appropriate for me to go through the exact details of what will be ok and what won’t be ok. There are a lot of facts and circumstances that we are discussing,” Mnuchin said.

“The first aspect would be that he sells down below 50%,” Treasury Secretary said.

“The sanctions imply that the assets of these companies are frozen. Before May 7, US investors should get rid of securities of three of 12 Russian companies from the list, and cancel contracts with all enterprises subject to restrictions and their subsidiaries before June 5. Later the deadline for completion of transactions with Rusal and the companies it controls (owns 50% shares or more) was extended until October 23,” wrote TASS.

In related news, The Moscow Times reported that workers at Rusal plants are desperate to save their jobs, and are considering pooling their resources to buy down Deripaska’s stake in the company. Workers also stated they hoped Russia would nationalize the company to avoid American sanctions.

“Of course our hopes were raised when the Americans offered to lift sanctions…The main thing is for us to keep our jobs.”

“Now we can only wait for the fat cats to decide, both ours and American. We’re sort of their hostages.”

Many analysts and workers at the company warn of social unrest if the situation regarding their employment is not rectified.