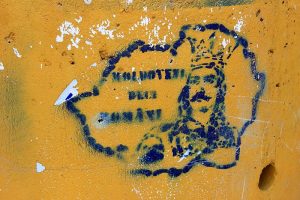 The Romanian parliament this week passed a resolution expressing support for the re-unification of Moldova with Romania, recreating ‘Greater Romania’ which existed in the former Romanian kingdom. The impetus for the vote came on the 100th anniversary of Moldova joining the Romanian kingdom after WWI.

“Moldova was then annexed by the Soviet Union in 1940 and became an independent state in 1991.
The small, landlocked country is politically divided between supporters of closer ties with Moscow and those who want Moldova eventually to follow Romania, its much larger southern neighbor, into the European Union and NATO,” reported Reuters.

“Romania’s parliament… considers as fully legitimate the desire of those citizens of the Republic of Moldova who support the unification of the two states,” stated the resolution.

“We underline that such an act would depend on their will and we declare that Romania and its citizens are, and will always be, ready to welcome any organic move to reunification by Moldovan citizens as an expression of their sovereign will.”

“The majority of citizens today want Moldova as an independent state,” the president of Moldova’s parliament, Andrian Candu, in Bucharest for the commemoration of the anniversary, told reporters after the vote, reported Reuters.

“But I want to assure you that Romania is increasingly more present in Moldova through the projects supported by the government and political class.”

Moldova has experienced significant interference in its internal affairs by Russian security services. One fifth of the assets of the Moldovan financial system was stolen in 2015. $20 billion was laundered through Moldovan banks by pro-Russian forces in the infamous ‘Russian Laundromat’ scandal.

Russia Might Talk Tough But Its Navy Is A Shrinking Wonder