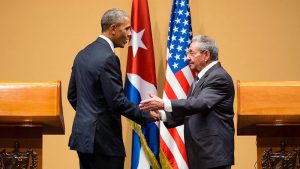 President Obama’s foreign policy was notable for headline-grabbing deals with enemies such as Iran and Cuba, and the abandonment of dissidents there and elsewhere. But under the radar, his administration’s trademark was promoting progressive pet projects as new national-security priorities, and bullying “bitter clingers” who resisted them, even when they were treaty allies.

Following President Trump’s election there were hopes that all of this would be reversed, and indeed that happened to the first part in spectacular fashion…

No, We Are Not A Russian-Funded Bot