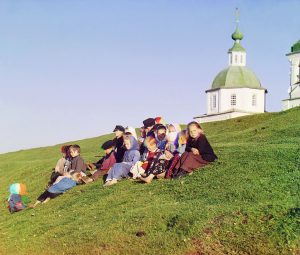 Russian President Vladimir Putin hasn’t formally said he will stand for reelection in March, but his campaign appeared well under way this week as he unveiled a new monthly payout for firstborn babies.

Putin said Russia would start paying the parents of firstborn children an allowance of around $180 a month for 18 months, starting on January 1, a measure that will cost an estimated 145 billion rubles over three years. He also ordered that state allowances he introduced for mothers who have more than two children be extended until 2021…