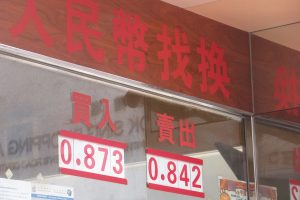 Russia plans to offer 5 year sovereign bonds denominated in Chinese Yuan, nicknamed Dim Sum bonds, to offshore investors as well as mainland Chinese buyers. The Russian Central Bank has hired several banks to manage the offering as possible new sanctions could be passed through the U.S. Congress to prevent Russia from accessing Western capital and extend the penalties to Russian sovereign debt.

“Russia hired Bank of China Ltd., Gazprombank and Industrial & Commercial Bank of China Ltd. to arrange investor meetings for the sale of 6 billion yuan ($907 million) in five-year notes, according to people familiar with the plans. The issuance is slated for the end of this year or beginning of 2018, they said, speaking on condition of anonymity because the deal isn’t yet public,” reports Bloomberg.

A report due next quarter from the U.S. Treasury on the potential consequences of extending penalties to include Russian sovereign debt has increased pressure on the Finance Ministry to seek out alternative means of borrowing.
“It would be wise of Russia to tap the yuan market now,” said Vladimir Miklashevsky, a senior economist at Danske Bank A/S in Helsinki. “China remains Russia’s biggest trade partner, China’s enormous financial system has lots of buying potential, too,” wrote Bloomberg.

New sanctions on the Russian financial system could add to borrowing costs for Moscow. The security would be traded on the Moscow Exchange.

China has placed Yuan-denominated offerings in other markets including Hungary, Mongolia, the U.K. and the Canadian province of British Columbia.

Opinion: Early Promise Of Ukraine’s War On Corruption Fades By The Day