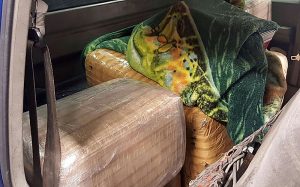 Several months ago, police confiscation of tons of drugs would be great news for the Albanian media. However, in the last few months, many tons of cannabis destined for Italy or other countries have been seized. The quantity of drugs has been so large that it is obvious the smuggling has not been random, but almost certainly has been approved by security officials, for which there is still no concrete charge.

As the United States’ State Department observes in its 2017 International Narcotics Control Strategy Report, “Albania produces and exports significant amounts of marijuana, primarily for European use, and is a transit country for Afghan heroin and cocaine,” wrote Newsweek. Europol concurs. The agency’s 2017 Serious and Organized Crime Threat Assessment identifies Albania as not only the most important country for the cultivation of cannabis in Europe—but, unsurprisingly, “…the main source of herbal cannabis trafficked to the EU.” The most illustrative statistics are supplied by Italy. By their approximation, 219,000 hectares of land were used to produce cannabis in 2016—with approximately 754,000 plants identified.”

The official data of the Ministry of Agriculture shows that Albania has a total of 566,000 hectares of agricultural land. Along with the recently seized drugs, Albanians are still waiting what will happen to former Interior Minister Saimir Tahiri, who is suspected of being involved in an international drug trafficking ring with his cousins, the Habilaj. Moisi Habilajs’ group was arrested in Italy in October, a few days after an Albanian police action in Babica, Vlora, where about 4 tons of drugs suspected of belonging to this group were seized.

The Prosecution of Serious Crimes demanded the removal of immunity for Saimir Tahiri, but this recommendation was not accepted by the parliament. According to the police, the motivation for lifting the immunity had to do with his own security and the fear that he might flee abroad. However, the prosecution in the court, after the failure to remove immunity, only demanded the search of his home; no preventive measures related to leaving the country were taken.

On November 17 Saimir Tahiri left Albania for Germany. People near him justified his departure as a visit to a relative who was being medically treated in Munich. This claim, according to Top Channel, was ambiguous because Tahiri went to Hamburg and he also was accompanied by a former senior official of the Interior Ministry, a relative who had booked a round trip to Munich in late October-early November. Tahiri himself has been silent since the day when 863,000 euros were found in the car of Orest Sota along with two boat licenses belonging to Mr. Tahiri.

Sota, who is also a businessman’s son, declared the money was for the purchase of a large amount of iron in the factory of KURUM in Elbasan. It remains unclear how this large amount of euros would be used for cash purchases (also illegal). It was also alleged that the licenses found in the car were forgotten by the former ministers’ driver. Meanwhile, the prosecution has seized all bill-of-sales of Kurum to see if such a practice existed before. The Prosecution of Serious Crimes has stated: “We have doubts that the money found in the car of Sota belonged to Saimir Tahiri. It is suspected that the money was gained from criminal activities.” While Saimi Tahiri is silent, the police continue taking action in seizing tons of drugs. Prudent police measures and the installation of radar have made it almost impossible for drug smuggling to Italy and have put drug traffickers in a desperate situation.

Russia Steps Up Military Modernization-But At What Cost?