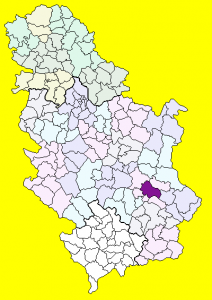 Russia recently again pressured Serbia to grant the staff of a humanitarian assistance center near the NATO border diplomatic immunity. NATO fears the facility is nothing more than a possible nest of spies for Moscow to surveil NATO operations. Serbian Prime Minister Aleksandar Vucic stated that the Russian ambassador to Serbia, Alexander Chepur, pressured his office to grant the immunity due to the ‘volume of work.’

“Moscow has repeatedly denied reports that the so-called “Russian-Serbian Humanitarian Center” in the southern city of Nis was a base for Russia to eavesdrop on the West in the Balkans — a tense region where Russia is vying for influence. Moscow says the center is only for humanitarian missions,” writes Associated Press.

Serbian Prime Minister Ana Brnabic has said that “neither Moscow nor Washington” will influence her government’s decision on the center’s status. “The center in Nis is very important for our country because that’s where the aid starts in emergency situations,” she said.

The Balkans are becoming a hotly contested area between East and West as Russia attempts to regain influence in its former vassal territory. However, most of the Balkan countries want to join the European Union and are also slowly joining the NATO alliance.