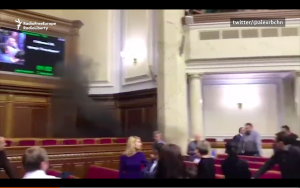 The Minsk Agreement signed in 2015 between Russia, Ukraine, pro-Russian rebels in Donbass, Germany, and France called for certain legislation to be passed to define the status of East Ukraine to end the conflict that has claimed over 10,000 lives since it began in 2014.