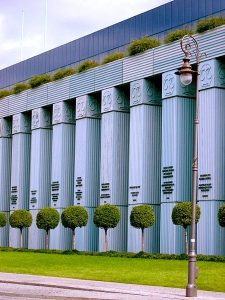 The European Union threatened Poland today, demanding recently passed changes to the judiciary selection process be halted within one week or face further sanctions, or worse, from Brussels. The laws would place selection of the judiciary under the realm of parliament and the justice minister, instead of by an outside, non-governmental body.

“These laws considerably increase the systemic threats to the rule of law,” the EU executive arm’s deputy head, Frans Timmermans, told a briefing in Brussels.

“They would abolish any remaining judicial independence and put the judiciary under full political control of the government,” reported Reuters.

Eastern Europe has been fighting the ‘progressive’ agenda of the secular West and its financier, George Soros. The Law and Justice Party says the courts are filled with Leftists, even communists left over from Poland’s darker twentieth century days, and their followers. Jaroslav Kaczynski, the head of the party, and de-facto leader of Poland, said the EU was meddling illegally in Poland’s internal affairs.

“Those matters that we are dealing with right now belong exclusively to the jurisdiction of the country, so what we have here is an abuse (of their powers),” Kaczynski told the state television TVP.

“It’s simply an action that has a political character,” reported Reuters.

The European Parliament has already started the process to sanction Poland and Hungary for refusing to follow the open-border mandate of Brussels. The Polish government vowed to fight the latest threats, in the EU courts if necessary. EU party heads have threatened the ‘nuclear option’ over the issue, which would removed Poland’s vote in EU decisions.