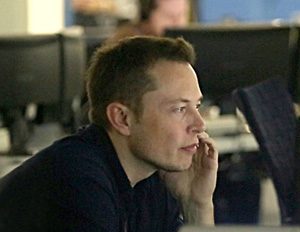 SpaceX laid down the gauntlet to Russia today when Senior Vice-President Tim Hughes said the private company plans to take 65% of the commercial space launch market in the year 2018, leaving stalwart Russia behind with a paltry 10%. European Arianspace will take the remaining share.

Video: 4GB An electronic music festival that brings together people from all over the world in a Soviet Center of Space Construction

The schedule presented by Hughes in his report and based on the company’s forecast suggests that this year SpaceX will capture about 45% of the commercial launch market, the European operator Arianspace will get 40% while Russia’s share will equal 15%, wrote TASS.

“Currently, SpaceX has approximately 70 missions on manifest, representing more than $10 billion in signed contracts for a diverse and growing set of customers, including NASA, the Department of Defense, commercial satellite operators, and allied international governments,” described a report presented by Hughes.

“Prior to SpaceX entering the commercial space launch market with the Falcon 9 launch vehicle, the U.S. had effectively ceded this market to France [Arianspace] and to Russia, and no U.S. company had launched a single commercial mission to GTO [Geostationary Transfer Orbit] since 2009. SpaceX has brought this multi-billion dollar market back to the United States,”

Russia May Add $140 Million To Reserve Fund This Year

Tensions Run High In Odessa Prior To Anniversary