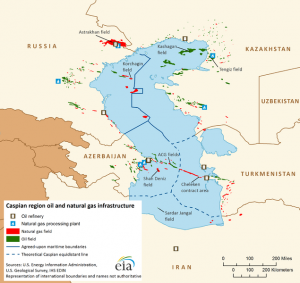 Kazakhstan has invested very large sums in developing its oil drilling infrastructure over the last decade and wants to see a return on its investment.

“Kazakhstan wants a gradual exit from an OPEC-led deal on oil production curbs and a rise in output one or two months after its expiry, Kazakh Energy Minister Kanat Bozumbayev told Russia’s TASS news agency on Sunday,” reported Reuters.

The oil production cuts are supposed to stay in place until March of 2018. The Energy Minister was speaking before a conference due to start in Istanbul.

Zeppelins To Connect Siberia And Arctic