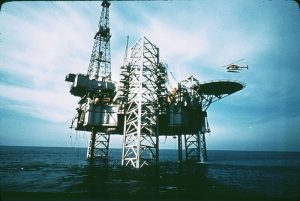 Russia has maintained its lead over Saudi Arabia in oil production for the second month in a row. The two nations are vying for market share in China as the Chinese economy continues to grow in mid-single digits.

OPEC and Russia agreed to production limits to reduce the glut of crude oil which collapsed the price of the commodity on global markets over the last few years. Oil is the main source of revenue for Russia and the country went through a recession and still is only growing marginally. Western sanctions also stung the Russian economy after the annexation of the Crimean Peninsula and Russian support for the rebels in East Ukraine.

Russia and China have both said they agree the production cuts should be extended until March of 2018. OPEC ministers will meet this Thursday along with non-OPEC ministers from countries like Russia where oil production is critical to the nation’s well-being.

“Russia kept its lead even as shipments were down 1.9 percent from a year earlier to 4.715 million tonnes, or 1.15 million barrels per day, rising slightly from the March level at 1.104 million bpd, according to data from the General Administration of Customs.

Saudi arrivals in April were down 3.9 percent from a year ago to 3.96 million tonnes, or about 963,000 bpd, down from the 1.07 million bpd rate in March, customs data showed,” reported Reuters.