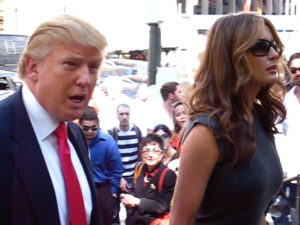 “In a telephone conversation with Vladimir Putin Donald Trump extended deep condolences to the families of those who were killed in a barbaric terror attack in St. Petersburg subway, and asked to pass on words of encouragement to the Russian people,” Peskov said.

“Presidents consider terrorism to be an evil that should be tackled in a concerted effort,” he said, adding that Putin and Trump have “agreed to keep in touch,” reported Russian state news agency TASS.

The fight against Islamic terror has long been an area where both Russia and the U.S. have signaled they could find common ground and work together. The Obama administration was not able to accomplish this in the Syrian Civil War; however, Trump has made the defeat of the Islamic State one of his main, declared foreign policy goals.