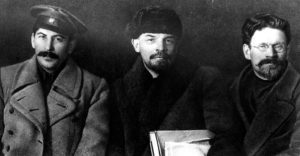 Russians are still divided about whether to finally lay Vladimir Ilyich Ulyanov, better known as Lenin, to rest after almost a century of his body being view on Red Square. The issue comes up from time to time and is one of the legacy issues from the former Soviet Union that has not been resolved.

Today, the leader of A Just Russia Party, Sergey Mironov, said the following in Moscow, “I have said on many occasions – let the matter rest. Let us leave it to future generations,” noting that Russia “has a host of other problems that are far more urgent,” reports Russian state news agency TASS.

Recently, the issue was brought up by the Russian Orthodox Church Outside Russia in its message regarding the 100th anniversary of the October Revolution. “One of the symbols of reconciliation of the Russian people with God could be freeing Red Square of the remains of the main oppressor and victimizer of the 20th century and pulling down his statues.” 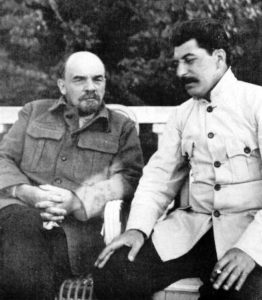 Communist leader Gennady Zyuganov was not happy with these statements. “Lenin was buried in accordance with laws in effect in Russia…If you have made up your mind to rebury someone, then the law says you have to ask all next-of-the-kin and if they agree, they must provide a written consent…I brought together all relatives of those who are buried in the Kremlin’s square, and all without exception were categorically against reburial…the president has “the letter with the corresponding signatures of the relatives.”

“I consider these attacks as another major provocation against Russian statehood, because if you seek to disintegrate and shake the country loose, then you make such proposals…those who encroach on the illustrious names of the founders of our state, they in effect encroach on the stability of the foundations of the present-day Russian Federation.” 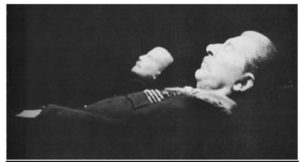 “The Great October Revolution saved the country. Lenin was at the helm of the country and the nation at the moment, he consolidated it into a new form – the form of the Union of the Soviet Socialist Republics,” the parliamentarian declared.