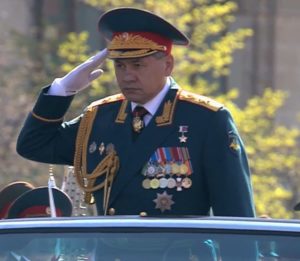 Russia’s defense minister, Sergei Shoigu, during a speech to the Russian parliament on Wednesday, acknowledged for the first time the existence of a new military branch, an information warfare division. This admission is insightful in light of recent accusations against Russia during the 2016 U.S. election.

Declaring the formation of the dedicated information warfare troops, Shoigu noted that “propaganda needs to be clever, smart and efficient.” He wouldn’t describe the troops’ mission, reports the Associated Press.

Retired Gen. Vladimir Shamanov, the head of defense affairs committee in the lower house of parliament, said that the information warfare troops’ task was to “protect the national defense interests and engage in information warfare,” adding that part of their mission was to fend off enemy cyberattacks.

Retired Col. Gen. Leonid Ivashov, the former head of the Defense Ministry’s international cooperation department, said that Russia should rely on information warfare troops to fight back against what he described as Western propaganda, wrote AP. “We must stop offering excuses and force the West into the defensive by conducting operations to expose its lies.”