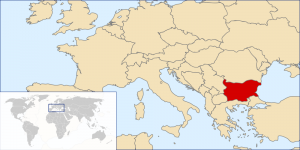 Bugaria’s Foreign Minister Ekaterina Zaharieva says the nation wants to be free from EU monitoring of its judicial reforms by 2018. She said internal reforms will be completed by the end of that year and the monitoring “can’t go on forever.”

On a visit to Bucharest, Romania, she said that 17 different initiatives will be completed to deliver an ‘irreversible result.’

The EU is still monitoring the two countries’ progress on judicial reform and fighting corruption under the Cooperation and Verification Mechanism implemented when Romania and Bulgaria joined the bloc in 2007, reports the Associated Press.

Zaharieva said that Bulgaria also wants to be admitted to the visa-free Schengen travel zone and had “fulfilled the criteria.”

“Bulgaria and Romania joining Schengen is a security problem for all of Europe. … We hope that the political decision taken in the European Parliament and Council, to become reality as soon as possible,” she said.

Come Back To Poland Says Deputy PM To Poles In UK