The President of Israel, Reuven Rivlin, arrived in Tbilisi for a two day visit.

President Margvelashvili and Rivlin condemned terrorism and underlined both countries’ role in fighting extremism and violence.

Margvelashvili declared that despite the fact that 20 percent of Georgia’s territories are occupied by Russia, Georgia is still a contributor to world peace and security. 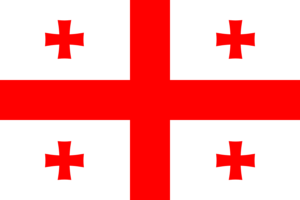 Kvirikashvili thanked Rivlin for supporting Georgia’s sovereignty and territorial integrity and expressed his condolence to the victims of recent terrorist attack in Israel. “We should stand together against this global challenge,” said Kvirikashvili.

Kvirikashvili and Rivlin discussed future economic possibilities between the two countries. Kvirikashvili noticed that Georgia’s supposedly corruption-free business environment and strategic geographical location might be in the interest of Israeli investors.

Georgia and Israel are celebrating 25 years of diplomatic relations this year.