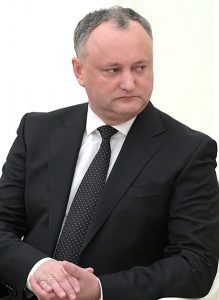 Vadim Krasnoselsky, the leader of the unrecognized republic of Transdniester, a breakaway, Russian speaking region, recently declared that there is no other option but for Moldova to recognize the area.

The new Moldovan president, who is tied to the Kremlin, said that Transdniester must be integrated back into Moldova.

“We must reintegrate the country. And we will do that. I am confident it will be done in the next few years, regardless of what some leaders of Moldovan regions might say… No doubt, the country will reunite,” he stressed, reported Russian state news agency TASS.

“Transnistria is part of Moldova, which is an integrated state. It is recognized by all,” continued Dodon.

“I think the Moldovan president understands the Transnistria is to be recognized but cannot do that, cannot dare to do that,” added Krasnoselsky.

Trandsniester broke away from Moldova after the collapse of the Soviet Union. In the early 1990s, hundreds were killed in an armed conflict over reunification.

Saakashvili To Return To Ukraine On September 10th