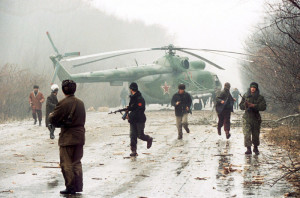 On January 2nd of last year, Russian President Vladimir Putin signed a law allowing foreigners to enlist in the Russian military. After several years of service and the completion of your contract, you can gain Russian citizenship.

The Moscow Times reports, According to the Defense Ministry’s official guidelines for foreign recruitment, any foreigner between the ages of 18 and 30 can enlist in the Russian military under a five-year contract, provided they can present proof from a Russian institution that they speak Russian, have no criminal record, and can pass a series of professional, psychological and medical exams administered by an official recruiter in Russia.

The change was aimed at formalizing working relationships between the Russian military and citizens of Central Asian and former Soviet nations where Moscow has stationed troops and maintains bases, but does not explicitly deny Americans, or citizens of any nation, from joining. 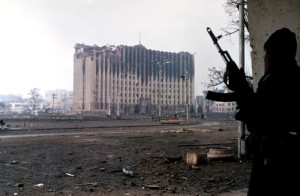 However, possible recruits should enter this contract with their eyes open. There is long-standing evidence of hazing and brutal treatment of conscripts. Also, although the Russian government many want a larger pool of possible soldiers to combat its demographic problems, ordinary Russians may not. As one soldier on the social networking site VKontakte told The Moscow Times: “Foreigners have no place in the Russian army!” 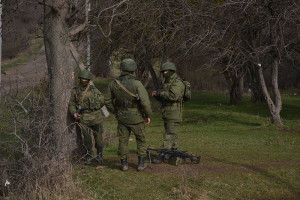 A former U.S. soldier named Will, who served in the U.S. army for eight years, explained by email that he missed being a soldier. “I love my country, BUT, I am very upset by the path my government has taken,” he said.

“Our founding fathers are rolling in their grave, I miss America and the values it ONCE stood for. The things [the U.S. government] makes our men and women fight for is not why our military was created. We were created for the American people. Putin is for the Russian people and his country, not for the rest of the world,” he concluded.

Westerners are far from the only ones seeking to enlist.

“I come from a very poor family,” said John from Gambia told The Moscow Times. “I am single and want to help get my parents out of poverty [but] I’ve been jobless since graduating from high school in 2010. I don’t want to remain like this for the rest of my life … and the salary is quite a bit compared to jobs here.”