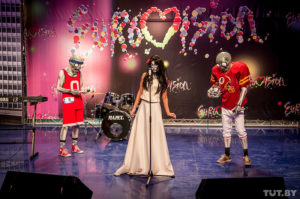 Interfax is reporting that the Eurovision 2017 organizing committee is considering moving the singing contest from Kiev to Russia. This is due to bureaucratic delays and lack of commitment on the part of the Ukrainian authorities for the preparation of the event, says the German periodical Bild.

The contest last year was won by the Ukrainian singer Jamala, which is why it is supposed to be held in the Ukraine for 2017. Second place was won by Australia, which as a guest nation is prevented from hosting. Thus the third place Russia is next in line to host the competition should Ukraine’s preparations be found lacking.

Shooter On Russian Border In Finland

FIFA-Russia May Have Bought Votes

Novaya Gazeta To Be Shut Down?