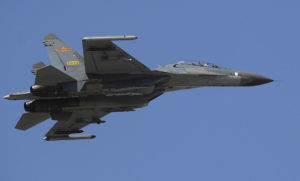 The export of Russian weapons has been critical to Russia’s economy since the imposition of Western economic sanctions for Russia’s annexation of the Crimean Peninsula, and the collapse of crude oil prices on global markets. China has become Russia’s largest customer of armaments, as Russia attempts to replace lost hydrocarbon revenue, with imports now exceeding $8 billion.

In 1990s – early 2000s, China and India were key importers of Russian armaments. Later Beijing began full-scale production of its platforms, though some were created with Russia’s participation which led to a certain decrease in weaponry imports starting from 2005. New contracts sealed in 2006 were worth just $200 mln while earlier annual deals had been estimated at up to $1.5 bln.

According to Kornev, Rosoboronexport also maintains large-scale cooperation with India. “Our efforts are aimed at working with a number of other countries in the Asia-Pacific region. We are also expanding our presence in the Middle East and North Africa and in the Collective Security Treaty Organization (CSTO) member-countries,” he stated.

“A true breakthrough in Latin America was the development of military-technical cooperation with Argentina, Brazil and Venezuela. Besides, Russia is returning to African countries south of Sahara. Cooperation with these countries was scaled down significantly after the disintegration of the Soviet Union,” Kornev added, reported TASS.

Vladimir The Savior, The New Symbol Of Russia, To Open At Kremlin Gates