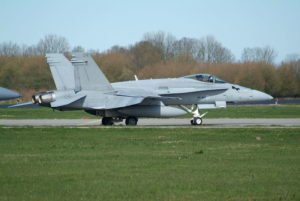 If there is one thing that bothers the Kremlin, it is additional Nordic countries joining the NATO alliance. Any movement in that direction always engenders a response from Moscow and not it a good way. Russian State News Agency TASS reported on recent comments from Putin no the subject.

Russian President Vladimir Putin has said that Russia will respect Finland’s choice but will have to respond if this country joins NATO.

“Do you think we will continue to act in the same manner [if Finland joins NATO]? “We have withdrawn our troops 1,500 (kilometers from the border). Do you think they will stay there?” he said at a news conference following Russian-Finnish talks.

According to Putin, Moscow will try to start dialogue with NATO in spite of the alliance’s expansion towards Russia’s borders.

“The Finnish president came up with the proposals today at least on the first steps aimed at enhancing confidence and preventing conflicts. I have already said that I agree with this. We will try to begin the dialogue with NATO at the summit in Brussels,” Putin said.

US, Russia Brokered Syria Peace To Start On Weekend