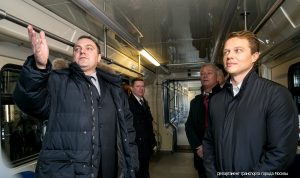 The Russian economy has been battered over the last several years, mainly due to the imposition of Western economic sanctions due to Russian behavior in Ukraine, and the collapse of oil prices on international markets. However, 2017 saw Russia begin to grow again as sanctions forced industry within the country to grow to meet internal demand.

However, the Russian Economic Development Ministry said that grow slowed below expectations to 1.5% in July, although Moscow declared that this slowdown was hardly worth noticing.

Weaker dynamics of agriculture, industry, trade, which was partially offset by growth in construction, contributed to slowdown of economic growth results in comparison with April-June,” a report issued by the ministry said, reported Russian state news agency TASS.

“The July data is hardly worth interpreting as a change in the positive trend.”

A slowdown in manufacturing was the culprit in July; however, the ministry expects a possible rebound in August, and normalization, in the following months.