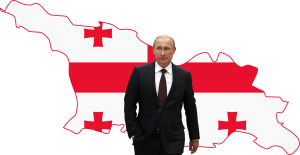 On the July 7, the Russian Deputy Minister of Foreign Affairs, Grigory Karasin, will meet Zurab Abashidze, the special representative of Georgia’s Prime Minister for Russia-related topics. The transport department representatives of both countries will be present at the meeting. The discussion will focus on Georgian accusations that Russian is moving the internal borders of South Ossetia.

In a statement posted on its website, the Russian Foreign Ministry responded to the facts of the seized Georgian territory.

“Regrettably, as it usually happens, the day before the Prague meeting was overrun by provocations. The “propagandist deceptions” in such cases are uniform and easily distinguishable. From Tbilisi, once again, claims were heard that the South Ossetian side places its border marks in the depths of Georgian territories. There is no doubt that this issue will be discussed in the scope of the Incident Prevention and Response Mechanism, as in previous cases, to show the fallacy of these absurd claims. Opponents of normalization of Russian-Georgian relations can not prevent a constructive meeting in Prague, “the Russian Foreign Ministry said in a statement.

The main goal of Russia is the road connecting Western Georgia, says Paata Davitaia. During a speech about the next transfer of the occupation line, the leader of the “European Democrats” stated that only 400 meters remain to the central highway, which is the cover area for automatic firearms. According to Davitaia, if the shooting starts, cars will not be able to drive on the highway. Davitaia says that the government does not protect the interests of the country either in the international arena or within the country when it does not respect the law of occupation. According to Davitaia, frequent visits of persons violating this law in Georgia are tested by Russia:

“This is because the whole policy of Georgian Dream has been directed towards removing Georgia from the international agenda, and Russia knows it well; it does not pay any price for the creeping occupation and is not afraid of taking steps forward. The main goal is the road to Tbilisi and western Georgia. There is about 400 meters up to the central highway. 400 meters is an automated coverage area. If they can freely start shooting now and automatically disable automobile traffic, then they can split east and west Georgia. Taking this into account, the government is absolutely ignoring this situation, nor wants to be involved in these politics. As of now, there should have been checkpoints and policemen already deployed.

The government does not place the issue anywhere in the international press; on the contrary, they are flattering Russia and doing everything in their interests. They do not protect the law of occupation. In fact, these people who are coming here from Russia, this is a test from Russia to see “how Georgians will behave.” They see that Georgians do not respect their own law. When the advisor of Putin arrived, the Ministry of Internal Affairs of Georgia made a statement that the limitation period had passed, although it was in 2014. It shows that the country is being mocked from Russia. Georgian Dream is laughing at Georgia as well, and so it will continue if the Georgian Dream will not change the strategy,” – Paata Davitaia said in conversation with” Radio Pirveli”.