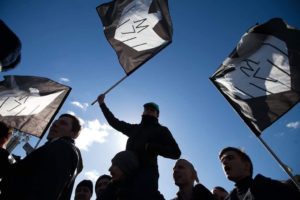 The recent anti-corruption protests against the Russian government, and Prime Minister Dmitry Medvedev in particular, have obviously gotten the Kremlin’s attention. Today Russia opened a criminal case against those calling for additional protests in Moscow in the coming days. Investigators said the person calling for the protests online was unidentified and the comments were illegal and ‘extremist.’

The Moscow office of Russia’s Investigative Committee, which handles the country’s most serious crimes, said it had opened the case in response to the crime of “calling for mass unrest, reports Reuters.

“On the Internet .., freely available to an unlimited number of people, an unidentified person using a pseudonym has posted text messages calling for actions of a severely extremist nature,” the committee said in a statement on its website.

Russia has slowly been tightening freedom of the press and the internet over the last few years, working with China to learn their experiences in controlling content available to Russian citizens on the web. Russian President Vladimir Putin will be running for reelection next year and the Kremlin is keen on preventing further protests and demonstrations as the elections get closer.