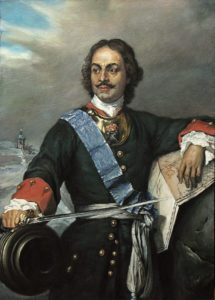 When the Founding Fathers declared independence from the British Empire and formed the United States of America, they broke not only with the mother ship; they broke with history itself. Until that time, all the great nations of the world saw themselves as actors on the great stage of history and expected their leaders to act first and foremost in the interest of the nation as a player on that stage. The founding fathers grew up with Louis the 14th as the Sun King of France declaring “I am France”. To Louis, the idea that his job was to act in defense of the individual liberties of Frenchmen would have seemed as ridiculous as it would have seemed to his contemporary Peter the Great of Russia or to Peter’s modern day “wannabe” Mr. Vladimir Putin.

No Russian today regrets the countless millions of his or her countrymen that were lost building Saint Petersburg in the 1700’s or modernizing Russia under Stalin in mid-20th century. The scope of the loss is debated, the principle is not. Russia’s role as a leading player on the great field of human endeavor clearly trumps any individual’s aspirations or freedoms. In fact, imagining a path to national greatness that is not built on the mass graves of individual citizens is the one truly unique and divinely inspired contribution of the Founding Fathers to what we think of as the human civilization. 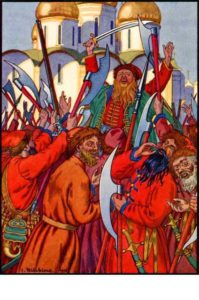 This idea that greatness comes not from the centralization of wealth and power in the hands of the very few, but in their distribution among a multitude of individual well-informed and patriotic citizens is as revolutionary today as it has ever been. It can easily be argued, in fact, that this idea has never been more challenged in the past 100 years than it is in our own times. The so called liberal democracies of Western Europe have deliberately taken themselves out of play; “benched” themselves using a sport analogy. As a result, offering no greater hope to their citizens than mediocre existence punctuated by discount travel to cheap Spanish resorts, they are suffering catastrophic declines in birth rates and are functionally finished as centers of wealth and power. China, the greatest Eastern power that has ever existed is now finding its way back on center stage helped by an identity crisis in the US the likes of which the world has not witnessed since 1861.

The great enigma however is Russia. Will it reassert itself as the “terror of the world”, a phrase much in use in Russian military academies since the times of Suvorov, or will it succumb to mediocrity, alcoholism, and national senility. In this week’s column I bring a somewhat abridged and clarified for Western audiences interview by tsargrad.tv with Andrei Fursov, a leading Russian Nationalist intellectual. His views on current events and their place in the long arc of Russian history may be quite eye opening to some of our readers. In the end it is likely that the Russians will remain true to themselves; massive sacrifices will be made in the name of national greatness. As Mr. Fursov so astutely states, it is the actions of the American people and their leaders that will determine the outcome.

Q: Is Russia really preparing for conflict? What is really happening here?

A: The line between war and peace has been blurring for two decades now. The unannounced military and civilian readiness inspection performed recently by Putin is quite serious and indicates an increased probability of war. Much depends on the outcome of the American elections. If the elections are not rigged Trump will win and peace is likely to prevail. However, the financial interests supporting Ms. Clinton are not likely to allow that to happen. If she is elected, expect destabilization along the Ukranian border as well as in Uzbekistan now that Karimov is no longer in charge.

Q: That being said, the West is not likely to open overt hostilities?

A: That’s right. We should expect covert destabilization such as in the February revolution of 1917 in which British agents deposed the Tsar (Nicholas II – BP) and nearly brought the country to its knees before it was saved by the Bolshevik counter-revolution in October of that year supported by patriotic elements in the military who disliked the British as much as they disliked the Germans (quite a statement considering that at that time Russia fought Germany as a British ally in WWI – BP).

Q: Looks like Russia needs to tighten some ideological screws then?

A: No need for any violence, but Russians must understand that today’s Western Europe is a post-Christian, post-European society. The original Christian, European values now reside in Russia – that’s what needs to be brought home to people. 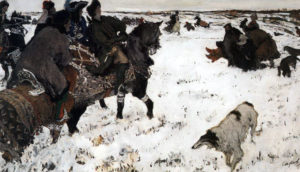 Q: So what’s next? We’ve seen reshuffling of the elites twice now, once in 1917 (Bolshevik Revolution when the old educated Christian elites were exterminated or exiled – BP) and 1937 (when the old Bolshevik guard, most of it Jewish was purged by Stalin – BP), so what are we heading for now 1918 (civil war – BP) or 1941 (Nazi invasion of Russia followed by patriotic resurgence leading to victory by the Russians – BP)?

A: The victory of 1945 (over the Nazis – BP) was achieved by the forced and painful industrialization of the 1930’s. And the people who won the war after the army led by pre-revolutionary cadres was annihilated were Russian muzhiks born in the 1920’s and raised in the 1930’s (this is a rewriting of history, actually it was the 40 year olds trained in the Russian Imperial Army who joined the Red Army in 1942 – 1943 and saved the day after the entire officer corps was purged by Stalin in the late 1930’s – BP). 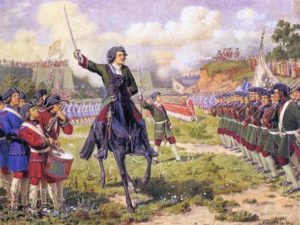 Q: So we’re back to rotating the top echelons, just like Putin is doing now?

A: Yes. That is what Stalin did so effectively in the 1930’s including decimating the top ranks of the fifth column (common Russian euphemism for Jews who were considered by many to have double loyalties and thus be unreliable in times of crisis – BP). This is what we must do now. He who wants peace must prepare for war.

Vlad Just Wants To Be Friends