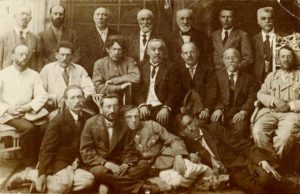 “What are they all fighting for?” “Why can’t they just get along?” I hear this a lot from my Canadian and American friends when news of war penetrates their tranquil existence. Well, my friends, when you live in a blessed land that hasn’t seen or heard a single shot fired in anger in over 150 years, when your country is a well-established democracy, and when your nearest mortal enemies (if any) are thousands of miles away across a vast ocean, I guess you would have a hard time understanding. But let me try to explain.

In 1709, Sweden was the preeminent military power in Europe. Its young, bold, and brash king, Charles XII was considered a military genius. Its continental army was undefeated, neither by the well-established French Army of Louis the XIV, nor the emerging continental armies of Prussia and Peter the Great of Russia. In fact, just a couple of years earlier Charles XII dealt Peter a significant defeat in the Baltics. It was with that in mind that the Cossack Hetman (strongman) Mazepa, a client of the Ottoman Turks (though an Orthodox Christian), decided to side with the Protestant Swedes against Peter’s Christian Orthodox when they finally caught up with him reeling from his defeats in the North near the small town of Poltava in central Ukraine.

The defeat that Peter dealt Charles was so decisive, that it knocked Sweden from the world stage once and for all. The Swedish army was annihilated and Charles, severely wounded, had to escape back to Sweden via Poland never to set foot outside of his kingdom again. While the Battle of Poltava is well-known for establishing Peter’s place in Russian and world history and giving him nearly unlimited popular support for his far-reaching reforms, lost in the noise was the fact that a quasi-independent (only paying tribute to the Turks) Ukrainian state, the Cossack Hetmanate was finally and irrevocably subjugated to the Russian Empire.

Not only was Ukrainian independence lost that year, but the treachery of the Hetman Mazepa, forever recorded in Russian history in the 1828 Pushkin’s epic poem Poltava, cemented in the Russian consciousness the supposed treacherous nature of the Ukrainian people. This narrative of the Ukrainians, in language, religion, and ethnic origin so very close to the Russians and yet always making the anti-Russian choice when the chips are down was reinforced through all future conflicts and is the driving force behind the Russo-Ukrainian conflict today.

This narrative dictated Russia’s imperial attitude to the Ukraine as a frontier region populated by treacherous people that needed to be administered as an occupied territory and exploited for its resources. The Cossacks were drafted into the imperial military as the crack shock troops of their day. Their guerilla tactics and outstanding horsemanship were key to the Russian conquest of the Caucasus in early to mid-19th century. The rich farmland and the excellent farmers of central Ukraine, some of whose descendants made the Canadian prairies the food basket of the world, were exploited by Russian landlords who taxed them to punishing poverty so they could gamble their fortunes away in Monte Carlo. Everything left the Ukraine, talented people, agricultural produce, natural resources. What came back was oppression and quasi-military occupation.

In Imperial Russia, Ukrainian culture and language were suppressed. In fact the name Ukraine was replaced with “Malorossia”. “Malo” is from an old Indo-European root that means bad (French “mal”), negation (“malcontent”), or in the Russian small or meagre. Malorossia hence is best interpreted as somewhere between meagre Russia to non-Russia. The name Ukraine, did not officially reappear until the creation of the Soviet Union in which the Ukraine was one of fifteen Soviet Republics. 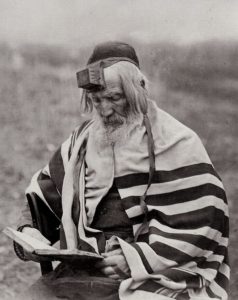 It is little wonder then that the Ukrainian peasants developed many tools of survival such as hiding their hard-won grain, avoiding military draft, and trying to resist the Russian yoke as much as their means allowed. The decision by Stalin to terminate Lenin’s new economic policy (NEP) after Lenin’s death in 1924 plunged the Soviet Union into severe hunger. The Bolsheviks’ chokehold on power was threatened. Stalin’s response was mass collectivization of private family farms to form the collective husbandries, known as kolkhoz (kollektivnoye khozyastvo). Naturally, Ukrainian peasants, especially those that had something to lose were dead set against this policy. Stalin, in whose world view peasantry was an irredeemably reactionary element that would always be opposed to modernization, used this opportunity to brutally murder by every means possible, but primarily by mass food confiscation and resulting mass starvation the entire class of small Ukrainian farm owners. Estimates vary, but the consensus is that between two and three million Ukrainians, perhaps 10% of the population, lost their lives in the resulting “Holodomor”, or death by starvation. By any modern metric, this was a genocidal holocaust directed against a peaceful civilian population. 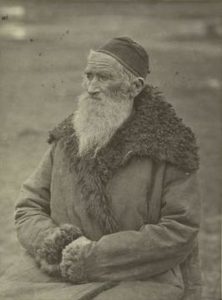 It is not coincidental for this analysis to note that the executioners of Stalin’s policy, in a masterfully Machiavellian stroke of political ruthlessness were Ukrainian Jews. In the Russian Empire, Jews could not live in Russia proper. They had to settle beyond the so called “Pale of Settlement”, in areas now comprising of the Ukraine, Belorussia, and Moldavia. The Bolsheviks, many of whom were Jews reversed this policy. Before the Bolshevik coup of 1917, close to 10% of the population in the Ukraine was Jewish. Relations between Jews and Ukrainians were at a nadir. Religious bigotry preached from the pulpit in churches combined with the Jewish disdain for the intellectual backwardness of the Ukrainians and the resulting penchant for shortchanging them, especially when drunk, in Jewish owned drinking establishments, led to extreme anti-Semitism often manifesting itself in pogroms and mass slaughter.

In the mid-1920’s Jews finally had a reversal of fortune. Riding on military stallions, armed with Nagant revolvers, they were ruthless in their persecution of Stalin’s starvation by confiscation policy. Needless to say, this did nothing to improve Ukrainians’ perception of their Jewish neighbors. When in June of 1941 the German Wehrmacht made short work of the ill-prepared and ill-equipped Red Army and rolled over the Ukraine, many Ukrainians greeted the Nazi forces as liberators rather than occupiers. Many villages sent out women in traditional garb bearing the traditional gifts of bread and salt. The fact that the Germans were exterminating the Jews like vermin, only endeared them further to many Ukrainians. It was only due to the Nazis insane refusal to accept their Ukrainian collaborators on equal terms and their arrogant insistence on viewing the Ukrainians as sub-human slave labor that caused many Ukrainians to abandon the German cause and become highly effective Partisan guerilla fighters against the Nazi occupation force. But the damage was done; when the dust settled on the glorious, though incredibly costly Russian victory, the image of the Ukrainians as the perennial traitors to the Russian cause was reinforced and forever cemented in the Russian psyche.

In 1945 the Ukraine lay in ruins. Its soil was literally drenched in the blood of tens of millions of Ukrainians, Russians, Germans, and Jews. Its infrastructure was in shambles, and it was again under the Russian thumb.

Coming to power in 1954, the russified Ukrainian leader Nikita Khrushchev made significant investments in the Ukraine, granting it the Crimean Peninsula and making it the second most important Soviet Republic after the Russian Federation. Ukraine became the locus for many Soviet industries, specifically in consumer goods, electronics, and food production. By the 1980’s, Ukraine was one of the most desirable places to live in the USSR and its capital city of Kiev, was widely regarded as third after the capital Moscow and the old imperial capital of St. Petersburgh. 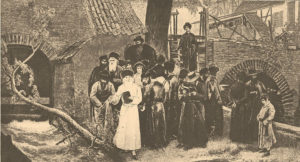 And yet with the collapse of the USSR in 1989, Ukraine chose once again not to align itself with Russia. Rather it chose independence and on again off again flirting with the West. The current Ukrainian government with its determined de-russification and de-sovietization campaigns down to the banning of the Russian language (which by the way is the native language of a very large number of Ukrainians) in public places such as airports, and with its glorification of its anti-Russian and often anti-Semitic and xenophobic past “heroes”, is sending Russia a full deck of extremely worrisome signals.

Russia has a very long and geographically indefensible border with the Ukraine. In its northeastern part, this border juts right into the Russian heartland and is not far from the Moscow – St. Petersburgh corridor. The Ukraine is a territory for the defense of which millions of Russians have laid their lives and countless treasure was expended. For these reasons, coupled with the long history of what Russians perceive as Ukrainian treachery and knee-jerk reaction conspiring with Russia’s worst enemies, Russia cannot and will not allow the Ukraine to be anything more than a Russian client state fully under Russian military control. The fact that it is not that now, is not a sustainable situation in Russia’s view and Russia will not rest until this situation is corrected. There can be no “peace of equals” between Russia and the Ukraine; too much blood has been spilled and soaked in the famous Ukrainian “chyornozyom”, the rich black earth of the Ukraine to sprout the seeds of peace.