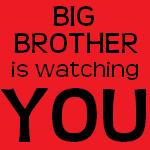 Truth. It’s the first commodity to disappear from the shelves when tyranny takes hold. Though, of course, not the only one. Sixties, Kiev, USSR. My mom throws down to me from our fifth-floor window some coins wrapped in a handkerchief. “Go stand in line”, she says. I go. The line is a mix of anxiety and fatalism. “Shto dayut (what are they giving)”, the anxious ask. “Shto vsegda (same as always)”, the fatalists reply. The store is all shelves and a huge counter. The shelves are existentially, transcendentally empty. So is the counter, except for a very large analog scale, which is never used. A zaftig babushka in an off-white apron and a headscarf is behind the counter. I give her my coins and in return get a parcel wrapped in paper. I leave.

I have no idea what is in the parcel; it could be sausage, or butter, or sugar, or that most elusive and exotic of all consumer goods – instant coffee. Several hours after the coin drop I am home with my parcel. Life goes on.

In the 1984 movie “Moscow on the Hudson”, a Soviet jazz musician, brilliantly played by the late Robin Williams encounters, for the first time, an American supermarket. He ends up in his apartment with a can of cat food and a nervous breakdown. Soviet “news” organizations such as Pravda, Izvestya, TASS, etc. had many reporters stationed in places like Washington DC and New York City. And yes, these guys lived in regular American apartments, drove regular American cars, and shopped in regular American supermarkets. Of course, they very well knew that their readership would be very interested in the material abundance that was so commonplace in America, but reporting on it was as impossible as exceeding the speed of light.

They say, erroneously, that nature abhors a vacuum. In fact, most of the universe is precisely that. Emptiness. The saying is true, however, when it comes to the goods that were not present on the shelves of my childhood store. Their absent volume was in fact filled by a mixture of gases known as thin air. Truth on the other hand, is a different kind of commodity; one that is impossible to replace with thin air. Empty news pages and dead “air” are laughably impossible even in the most totalitarian of societies. Thus, in its absence truth is replaced by something that can simply be described as untruth.

Here’s an item I would have liked to see on the shelves of the “main stream media” superstore last night: 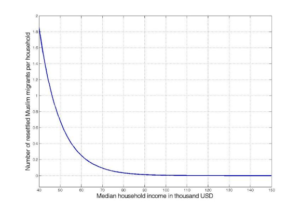 “Where did you get the numbers”, you may ask, and you would be right, I made them up. Where are the real numbers, media? In my delirium, I can imagine this graph sitting on the shelf right next to a report on how many mass murders by vehicle were attempted worldwide since 9/11 and how many of these were perpetrated by folks who were not radicalized Muslims. In the “impulse buy” display, just by the checkout line, I can see interviews with the friends, neighbors, and teachers of one Abdul Razak Ali Artan, perhaps (we are dreaming after all) asking them if they have seen any signs of radicalization and were afraid to report them so as not to be diagnosed with incurable islamophobia and have their lives ruined forever. 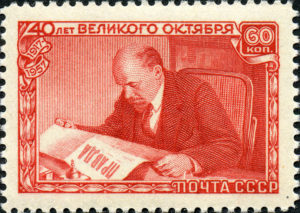 But, back to reality, dead “air” not being an option, Rachel Maddow on MSNBC leads with a much more truthful and relevant story. She is clearly very passionate about it; she really cares! (Does she practice these moves in front of a mirror like you-know-who notoriously used to do?). The hard-hitting journalist Ms. Maddow presents us with the following thesis: Trump, who on November 7th was an abject failure in business is now an evil gazillioner. His greed knows no bounds. And so, in his insanity, he risks over 100 million dollars and 18 months of hard labor on a venture that per all the cognoscenti had less than 10% chance of success, i.e. becoming POTUS and using this position to (gasp) enrich himself. And Ms. Maddow has irrefutable proof! Trump, who in the last six months inaugurated two properties on both sides of the Atlantic worth close to a combined billion dollars (that’s nine figures), has about one hundred thousand dollars (that’s five figures) invested in a company that has an interest in an oil pipeline project that is delayed by a land dispute. So there you have it. Trump the POTUS can put an end to the land dispute. The pipeline will be built! Trump’s stock can (may we hope?) double in value and he will pocket a hefty 100k profit, on which he of course will pay no tax! QED. Quod Ergo Demonstrandum. 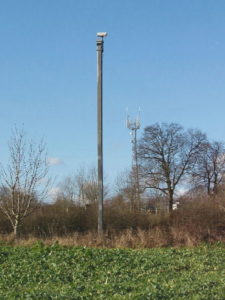 The sad reality is that not a single media outlet that calls itself mainstream can report the truth on the big issues of our time any more than Pravda could report on the mercantile abundance in the West. In this Bill O’Reilly is no different than Rachel Maddow. One can only hope that if we are ever so lucky as to find ourselves within reach of an abundance of truth, we don’t reach for the cat food.