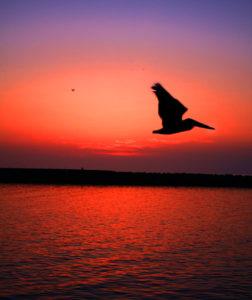 The Russian Strategic Rocket Forces are testing a massive new intercontinental ballistic missile that could overwhelm U.S. strategic defenses. The weapon will be the largest nuclear delivery system ever made and will be able to carry up to 15 MIRVs (multiple independently targeted re-entry vehicles) or in plain English, nuclear warheads.

Nicknamed the Satan 2, the RS-28 Sarmat will be the follow-on to the Soviet developed, NATO designated R-36M missile, which is aging and therefore being replaced. With its huge payload, the RS-28 will be able to destroy an entire country the size of France or the state of Texas. The weapon is being fitted with decoys and methods to make its flight trajectory opaque, in order to defeat Western anti-missile systems. If the tests are successful the weapon will enter production and be operational in 2018.

Capabilities of Russian ballistic missiles increase “by reducing ICBM’s acceleration section, introducing new types of warheads with the flight path that is difficult to predict and new means of overcoming the missile defense system,” said Russia’s Strategic Missile Force (SMF) commander, Sergey Karakayev. Russian missiles are also capable of delivering warheads via energy optimal trajectory and of striking from multiple directions, “which forces the opposing side to ensure perimeter missile defense,” he concluded. “This is achieved both through the ICBM’s shorter acceleration phase and new types of warheads with a hard-to-predict flight trajectory and new means of overcoming the missile shield,” the commander said, reports the Russian state news agency TASS.

While American ancient Minuteman missiles rot in their silos, 70 percent of Russian nuclear equipment will be modernized by 2018.

What Donald Trump Is Already Secretly Doing For Cops Everywhere