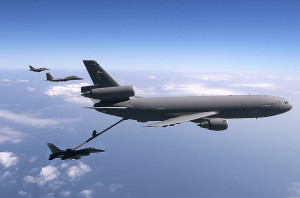 Imagine this, you are an American Air Force pilot flying over Islamic State territory in Syria and you need gas so you hook up with a KC-135 tanker overhead to refuel. You begin to take on gas and then it stops after only 500 pounds. You can’t onload any more. Your air refueling system is broken. You realize, this is not a good situation. You have no where near enough gas to reach a safe zone. You can only fly for fifteen minutes.

The last pilot that ejected over ISIS territory,Jordanian Moaz al-Kassasbeh, was captured and burned alive. ISIS would like nothing more than to parade an American fighter pilot around for the cameras and then brutally kill him in the most horrific way possible. 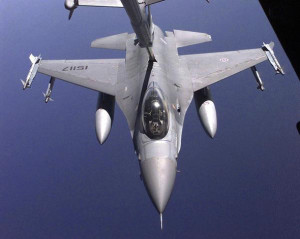 Fox News reports, Instead of leaving the pilot to cope with the emergency himself, the US Air Force KC-135 Stratotanker crew managed to escort him back to its base while refueling every 15 minutes to keep the jet in the air.

US Air Force commander Lt Col Eric Hallberg said: “Over 80% of his total fuel capability was trapped and unusable.

“Knowing the risks to their own safety, they put the life of the F-16 pilot first and made what could’ve been an international tragedy a feel-good news story.

Tensions Between Russia And Turkey Mount

Soviet Ship Ramming US Carrier In Black Sea In 1988