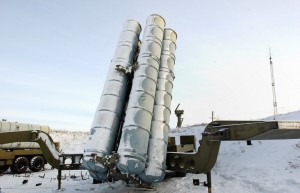 The Russian military is strengthening troops stationed in the Arctic on a permanent basis, according to the Russian state news agency TASS.

“The buildup of the permanent group of troops in the Arctic is underway”, Russian Defense Minister Shoigu said at a meeting of the ministry’s collegium. “This will expand the armed forces’ capabilities for securing the defense of the national interests in the region,” he said.

According to Yevmenov, December 2015 marked a year since the Arctic united strategic command was established in north Russia. The Northern Fleet has become the mainstay of the new strategic formation. The new all-arms strategic formation or the Northern Command, as it is called, is successfully developing new bases on the Arctic coast and islands. Modern military infrastructure facilities are being built literally from scratch on a whole number of Arctic archipelagoes. These infrastructural facilities feature hi-tech and efficient systems to keep a close watch on the situation and are able to function in the air, above and under water, he said. “We are creating comfortable living conditions for our military personnel who will serve in the Arctic on a permanent basis,” Yevmenov said.

At the end of 2015, the defense minister announced completion of the construction of four military bases in the Arctic and pledged to strengthen the group of forces in the Arctic zone in 2016. Previously, a senior source in the Russian General Staff told TASS that it was planned to form self-sufficient mobile groups of troops in the region by 2018.