Russian September is clashing – the children went to school, students to universities, adults returned from summer holidays back to work. A new Moscow Art Season opened. From 6 till 9 of September for only 3 days in Moscow was held the Sixth International Fair of Contemporary Art. On the territory of Russia and CIS there were no such events before, so after the fair there are a lot of critical articles about the Russian art market. There is a definite interest in contemporary art in Russia as evidenced by the number of visitors (19,000 people visited) and by the number of galleries of participants (70 galleries were represented).

We have identified a few of the most interesting galleries and brilliant projects in order that you could make your own impression of the event.

1. Qatar booth – the exhibition of Qatari Art was called “What We Are Made Of”. The curator was Reem Fadda. The exhibition was held within the framework of the cultural year of Russia and Qatar. The exposition was located in the very center of the fair and was represented by Qatari artists of two waves: 1. pioneer-artists who started their way at 70-80 years of age and 2. modern female artists which indicates feminist tendencies in the country nowdays. 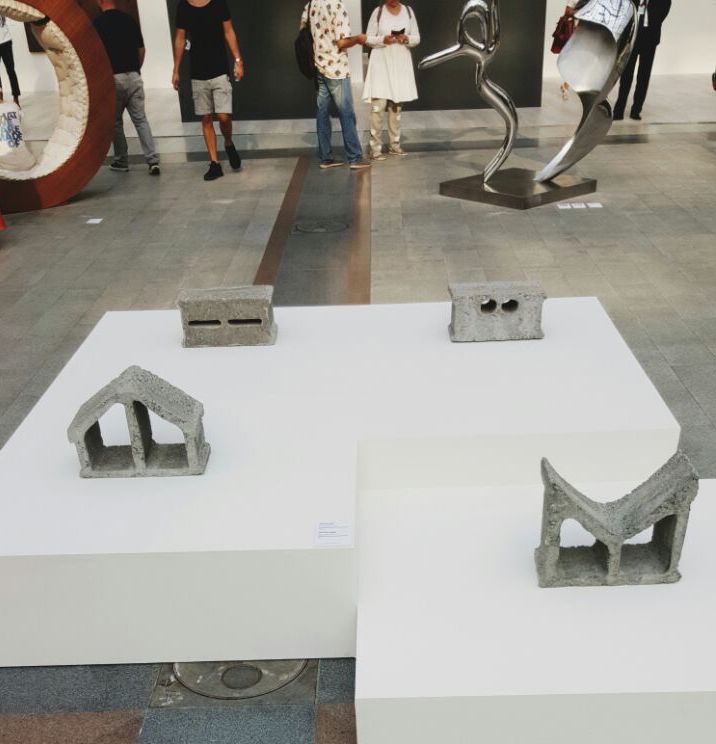 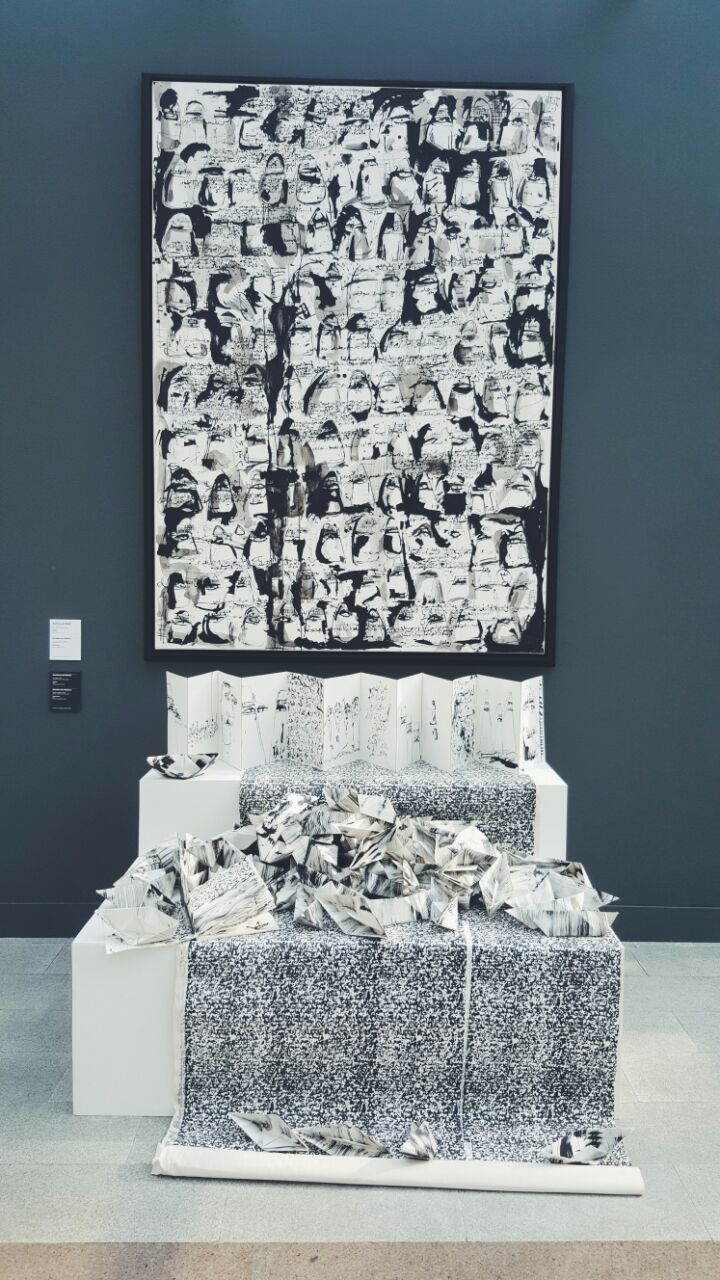 The zone of Orekhov Gallery reminded me of a space for shooting video clips for American pop star Lana Del Rey. The demonstratively glamorous stand was perceived as a candy shop only instead of sweets here were rows of steel crimson tumblers (one large and many small ones). The dominant piece in the center of the Gallery was a huge sugar cotton candy and on the sides there were decorative canvases made in favorite Barbie colors: pink, blue, yellow. 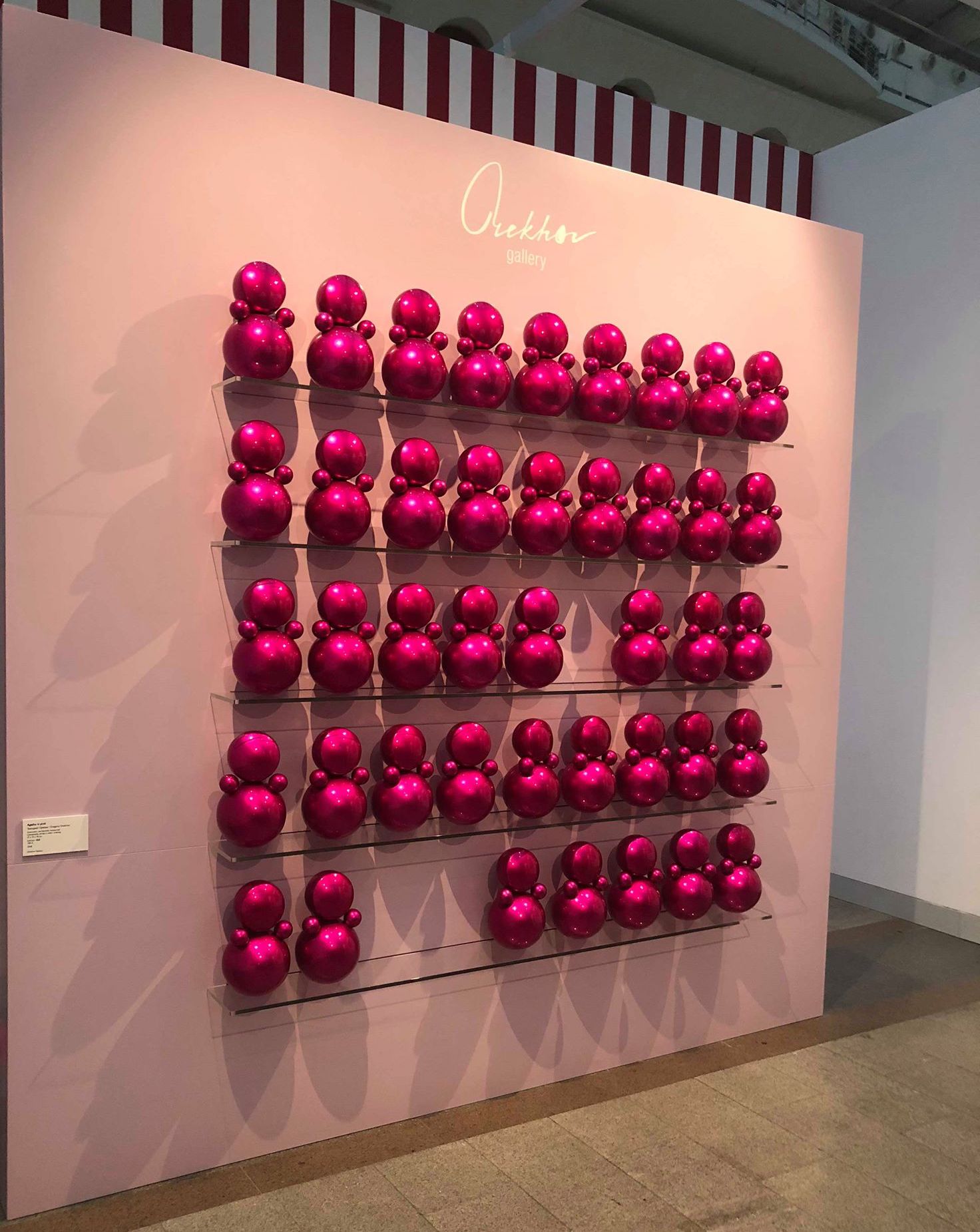 As it turned out “sweets” were presented not only with the Orekhov Gallery. Vostochnaya Gallery showed a project (by Leonid Rotar’) dedicated to the collapse of the USSR. On the walls there were displayed the bas-reliefs panels of lump sugar, the resulting mosaic displays the symbols of the USSR. In the center of the pavilion there was a fence that set a clear direction to the movement of the public and displayed the times of the Iron Curtain. 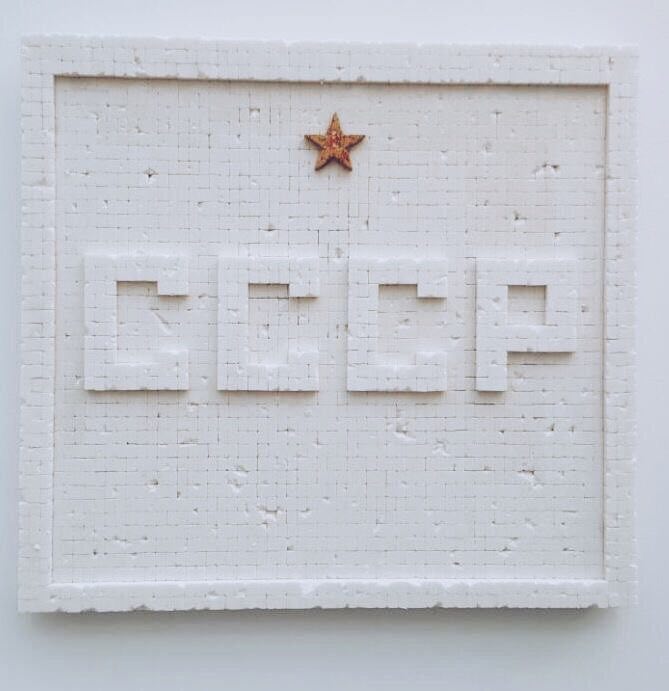 A riot of colors was opened to us by Askeri Gallery. This year the gallery brought an American artist Peter Opheim. In his works the artist creates his own mythology. First with the help of imagination he sculpts figures of polymer clay and then depicts them on paper. Peter began as an abstractionist and much later switched to figurative language in his works, but the techniques of abstraction remained in his art.

The second artist presented by Askeri Gallery was the Russian conceptualist Gleb Skubachevsky. Skubachevsky creates a new facet of reality offering his vision of the future biology of organisms. The technique of artist is unique. He performs invented forms of life in paper and canvas – and not so long time ago the artist became interested in sculpture. 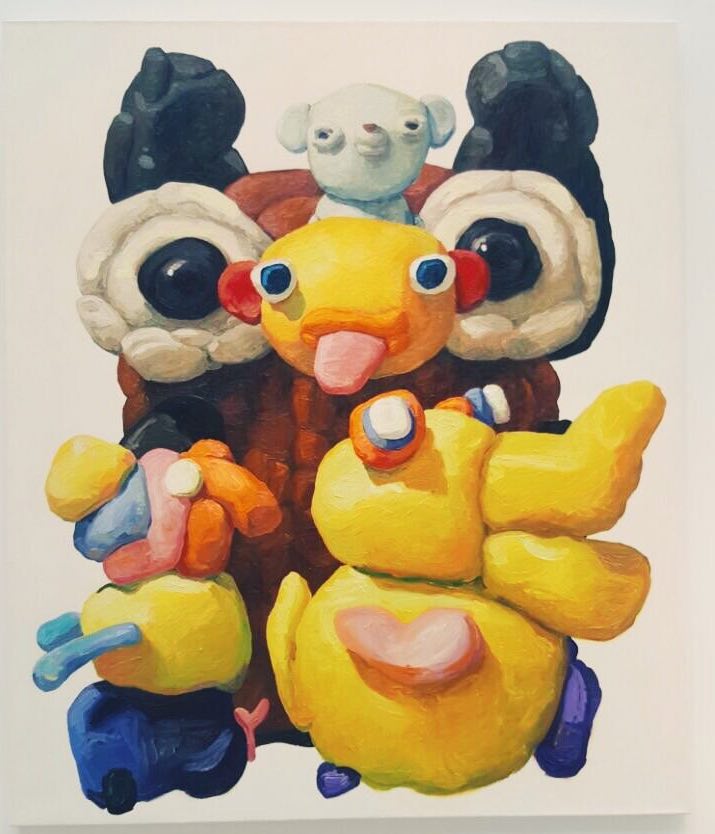 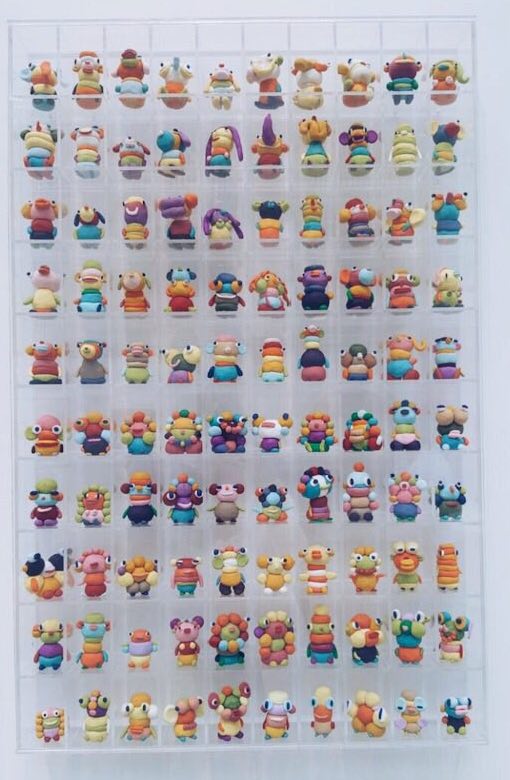 From Fantazy to Reality. On the stand (poster display) of Lazy Mike Gallery we could see an image of Kirill Serebrennikov – a Russian Director who had been placed under house arrest. This image had a sign : “Kirill is our friend” . Everyone, every visitor of the fair could congratulate the director on his belated birthday by throwing a greeting card in the mailbox located right there. 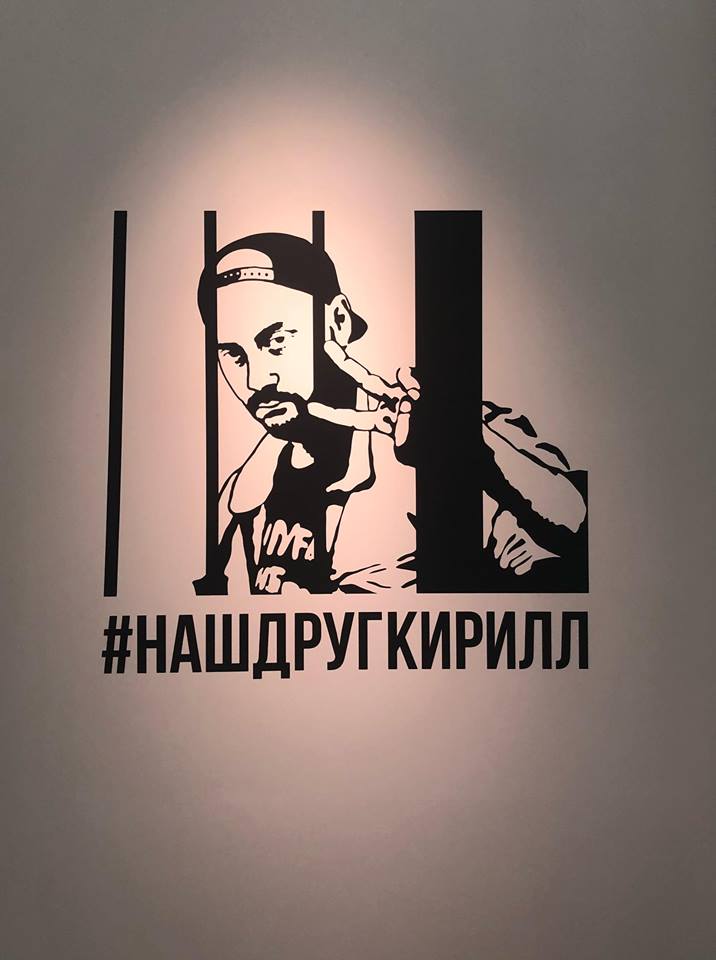 The big opening of this year’s fair can be considered a design section. To demonstrate this section we chose NG Moscow Gallery. This gallery doesn’t follow some certain style but the curator managed to create integrity of the interior. Their stand ( poster display ) presented vintage and modern furniture, sculptural plasticity and paintings. 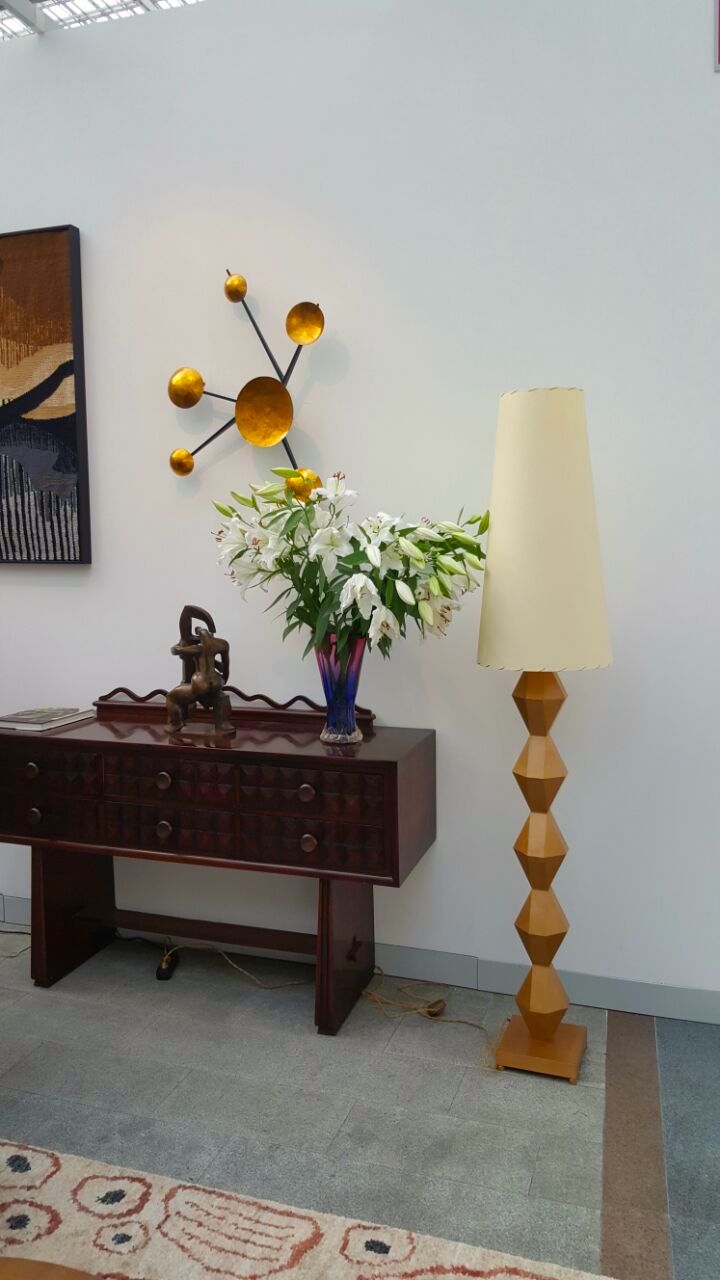 To discuss pricing, this year the gallery members chose to expose young artists, prices of which were up to 20,000 euro. Living classical artists which are usually much more expensive were difficult to find. However, the fair flashed such famous names as: Viktor Pivovarov, Vladimir Dubossarsky, Aidan Salahova, and Igor Shelkovsky.

Take an Armchair Tour of the Kremlin Museums

Exhibition Dedicated To Tsar Nicholas I Opens In St. Petersburg