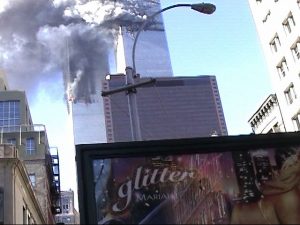 Sanctity of life implies the righteousness of killing. Refusing to be killed or physically harmed in any way is the highest moral imperative. As anyone with rudimentary knowledge of the Hebrew language knows, the Torah does not forbid killing. It forbids murder. There are certain circumstances in which killing is a righteous deed and in fact a mitzvah, a duty. Steadfast refusal to be killed or harmed is the bedrock of the most successful national liberation movements of all times – Zionism.

From the disastrous end of the Bar Kokhba rebellion against the Roman Empire in mid-second century AD to the creation of the HaShomer self-defense forces in the Ottoman Empire province of Palestine in 1909, for nearly eighteen centuries, Jews allowed themselves to be harmed and killed with impunity. Those days are long since gone, thank God. The Torah, in passages relating to nations who harassed the Israelites in their travels from Egypt to the Promised Land, from slavery to freedom, commands us to act swiftly and disproportionately to eliminate the threat to our wellbeing.

No nation and no person can be free or in fact deserves to be free unless they are willing to kill in self-defense and do so preemptively and with overwhelming force and intent.

Our sages, may they rest in peace and their memory be blessed, express the moral imperative of self-defense as follows (in my modern translation): “preemptively eliminate anyone who shows intent to do you harm.” The preemptive aspect of this commandment is paramount; it is self-evident that once lethal force is used against you, you may defend yourself. What is not self-evident to many is the moral imperative to take lethal action against those who show intent to do you harm, though no action has yet been taken.

Had the Zionist movement and later the Yishuv (the organized Jewish community in the Land of Israel prior to the declaration of statehood) and the State of Israel itself not scrupulously followed the moral imperative of preemptive lethal action to this very day, the Zionist movement would have failed and the Jewish liberation project would have collapsed. Nowhere is this more evident than in the Six Day War in which Israel preemptively struck Egypt and Syria because they were adopting a threatening posture, but before they engaged in any hostilities. The swift and decisive victory that followed that action, taken in spite of strenuous opposition from President Lyndon Johnson, allowed Israel to establish itself as a fait accompli, never to be taken lightly again. A counter example followed only seven years later, on Yom Kippur of 1973, when despite every indication that Egypt and Syria were preparing for war Golda Meir refused to take preemptive action, cowed by Henry Kissinger’s and Richard Nixon’s threats and admonitions. The result, when Israel was caught unprepared for massive coordinated attack on two fronts was a near disaster, only avoided by the courage and ultimate sacrifice of close to three thousand Israeli troops. So dire was the situation at one point early in the conflict that according to some sources Israel prepared to deploy its nuclear arsenal to prevent its total annihilation.

In addition to the moral imperative of preemptive self-defense, the Torah teaches us the moral imperative of disproportional self-defense. It does not matter if your assailant uses paper, rocks, or scissors to harm you. It does not matter if the intended harm is lethal and in any case, how can one be expected to read their assailant’s mind? The moral imperative is to use for self-defense the highest degree of lethal force available and to use it decisively in order to eliminate the threat in the most efficient and effective way possible. The preemption and the disproportionality of self-defense as mitzvoth (commandments) are crystallized in the Torah in the story of Amalek, a desert tribe that was particularly hurtful to the Israelites during their wonderings in the wilderness. The Torah commands Israel to annihilate them and their progeny till the end of time, including all men, women, children, and even livestock.

An Israeli soldier at a checkpoint or simply on the street, perceiving a threat from an Arab approaching him or her (and it is often her) will fire his or her automatic rifle with a clear and decisive intent to kill the potential assailant, without first ascertaining the assailant’s actual intentions or the means of carrying them out. Firing thirty 5.56 mm NATO rounds into a person carrying a small pocket knife is a moral imperative, a mitzvah, as long as that person is perceived as a threat.

Once again, the Torah was proven right with the adoption by the Israeli Border Guards (a paramilitary police unit whose task it is to guard sensitive points in which Israelis and Arabs come into close contact) of a policy of preemptively deploying deadly force against any perceived threat. This policy stopped in its tracks the so called “knife intifada” in which Arabs approached Israeli border guards close enough to stab them. Once the Arabs realized that they would simply be shot before they could approach unless they adopted a clearly non-threatening posture, the knifings abruptly stopped.

The acquiescence by the Left in Europe and in America to the slaughter of innocents in terror acts like the one near the 9-11 memorial in Manhattan yesterday is morally repugnant. It is moral corruption masquerading as moral superiority. It is the work of the Devil pretending to be the work of God. These terror attacks will not stop and will in fact quickly escalate unless there is an acceptance among the citizens of the West of the twin moral imperatives of preemptive and disproportionate self-defense.

This acceptance is not difficult to translate into actual concrete actions. Preemption involves a total ban on Muslim immigration and removal of all Muslim illegal aliens. It involves the permanent audiovisual monitoring of all mosques and Islamic education centers and immediate permanent closure of mosques and other Islamic institutions that preach militant Islam.

Disproportionality involves the immediate permanent removal from the US of all family members of Islamic terrorists and the confiscation of their property to be used for victim compensation. Those who doubt the constitutionality of such actions should look no further than Abraham Lincoln’s suspension of habeas corpus. Just as abolishing slavery and the continuation of the Founding Fathers’ promise of government by the people for the people were overriding moral imperatives, so is the right of American citizens to lead lives free from the threat of Islamic terrorism.

When you perceive a threat to your wellbeing, attack it early and with everything you got – that’s the moral thing to do. So let’s do it!

Does Putin Think A War In The Middle East Is Inevitable?

Poroshenko – We Are Inching Towards Peace With Russia