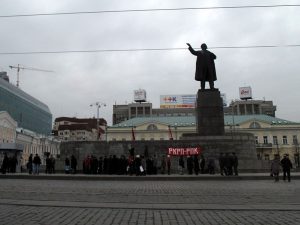 Protests are a hallmark of a healthy democracy! Right? Wrong! Democratic systems of governance such as the American Constitutional Republic are, as Lincoln so aptly put it at Gettysburg, “government(s) of the people by the people”. The implication of course is that in a well-functioning democracy the government at all levels and the people being governed are aligned around a set of guiding principles, values, and policies, making protest generally speaking unnecessary. Democracies provide for their citizens a large array of means through which they can affect the government in profound ways, from policies to personnel and beyond. These run the gamut from as little as voting in elections to as much as standing to be elected. The deployment of one’s financial resources in the form of political contributions is another powerful way in which citizens in healthy democracies can guide their governments to better align with their wishes.

Protests, then, far from being hallmark of healthy democracies, are manifestations of breakdowns in democratic mechanisms. These breakdowns often include the disenfranchisement of communities that find themselves confronted with powerful opposing interests and are unable to affect a correction and protect their interests via the means provided to them by the democratic process. In America, these communities included women, who not being able to vote could not get their interests properly represented, factory workers, whose meager means were no match for the powerful factory owners, and African Americans, primarily in the South, who were prevented from fully engaging in the democratic process by white majorities. All of these cases resulted in protests, leading to major adjustments in the American policies via appropriate legislation.

While both necessary and successful, these instances of correction via protest are much more the exception than the rule in the American Republic. In fact, protests are much more prevalent in totalitarian regimes because they are the only means by which regular citizens can express their displeasure with the direction taken by their unelected governments. Thus the presence in any given polity of massive protests attests to it being a top down unelected system of governance, rather than a bottom up representative system. There is however one characteristic that is shared by legitimate grass root protests between both democratic and totalitarian regimes; the element of personal risk to the protesters. The risks are not the same, of course; the loss of a job, a beating, a brief arrest cannot be compared to long term imprisonment, torture, or execution. Nevertheless, the principle remains; by protesting we take ourselves outside of the norm and declare ourselves ready to bear the consequences. 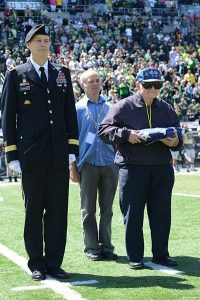 In the 1970’s Soviet Jews protested the refusal by the USSR to let them emigrate to Israel. Some, like Nathan Sharansky, risked all by repeatedly demonstrating in the open and paid the heavy price of decades of imprisonment and forced confinement to mental institutions. Others, like my parents, risked keeping and disseminating forbidden Hebrew language tutorials and Solzhenitsyn novels. While not advertising their actions, being ratted out by snitches was a real possibility and the repercussions would have been life changing. The fate of the Chinese student who briefly stared down a T-72 tank in Tiananmen Square is still unknown; he simply disappeared. The fate of civil rights demonstrators in the American South has been well documented. Even the anti-Vietnam War protestors in the 1960’s and 1970’s assumed the risk of being arrested and manhandled by the police.

So what are the necessary and sufficient conditions for a genuine protest, especially in a democracy? Necessarily, one must belong to a group that does not belong to the power elites, or else it can affect the desired change by simply working to make it happen. Sufficiently, one must assume a level of risk by operating outside of the “normal” consensus currently in force. By this metric, nothing could be further from a genuine protest than the NFL kneeling charade. The players and the owners participating in this show are at the pointy tip of the American power pyramid; they are filthy rich, famous, and (at least before they started on this path) ridiculously popular and universally admired. It would be difficult for a family of four to attend an NFL game while spending less than $500. Amazingly, this sum represents a full 1% of the annual before tax income of a median American family. Adding up the annual before tax incomes of the hundreds of NFL players and several owners who participated in this weekend’s “protests”, we easily exceed one billion dollars and possibly get to as much as ten billion. One percent of this sum, at the low end, is ten million dollars, the equivalent of the annual income of two hundred median American families. Supposedly, the NFL is protesting police brutality as a form of racism. Imagine the NFL presenting the Boys and Girls Club of America with a check for $10 million, a mere 1% of the combined annual incomes of NFL players and owners. Wouldn’t that be a better way to help fight the rampant violent crime that so disproportionately affects African American communities? 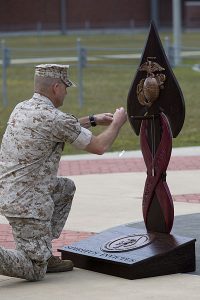 As for the sufficient condition of risk, the mere thought of it is laughable. Both the owners and the players expect to be rewarded, not punished for their silly antics. They assume not even the slightest of risks by engaging in a bit of what they perceive as harmless virtue signaling. The simple act of wearing a MAGA hat in Boston, Massachusetts is fraught with much more peril than “taking a knee” at the start of a football game. Having established that the NFL saga does not fall under the heading of a genuine protest, the question arises what it, as a matter of fact, is. The answer is simple: it is an indulgence, in both the ancient and the modern senses of that word. 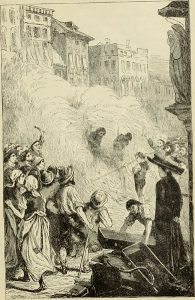 In the Middle Ages, the Catholic Church did a brisk business in indulgences. These were pieces of paper or parchment, certificates of sorts, which named a sin and the price that was payed to expiate that sin. The greater the sin, the higher the sum. All were (supposedly) signed by the Pope himself. The ease with which sins (even the most egregious) could be expiated using indulgences and the fact that the price of these documents meant that heaven, via sin expiation, was more approachable to the rich than to the poor, was one of the main reasons Martin Luther parted ways with Catholicism. Realizing the error of its ways, the Catholic Church abolished the practice of selling indulgences under Pope Pius V in 1567.

Today, this original meaning of the word indulgence had been supplanted by the meaning of something that is perhaps a little sinful, a guilty little pleasure, something we shouldn’t, but do anyway. Both meanings apply to the NFL “protest”. The NFL is over 70% African American. Many of its African American stars come from disadvantaged backgrounds. Their newfound status as society elites places in them a sense of guilt; a feeling of unease for having left their erstwhile playmates in the dusty urban parking lots so far behind. Just like a mediaeval sinner unwilling to stop sinning, rather than doing the hard work of helping their compatriots out by getting involved in the community and perhaps even running for office at the end of their careers, many NFL stars “buy” an indulgence from the American liberal establishment by kneeling, or crossing arms, or raising their fists in the air. And in the process they also indulge their sense of self-gratification; they are sticking it to “the man”, forgetting of course that “the man” is none other than themselves. 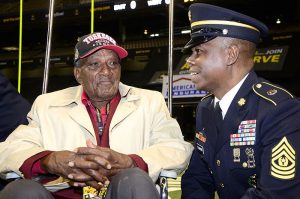 Normally all of this would be just a little game, fun while it lasts, but soon forgotten. But these are not normal times. President Trump just reminded the fifty-grand-a-year forklift drivers and dental office receptionists that they absolutely cannot “protest” anything before they hop on that forklift or fire up that computer every morning. If they try that, they would simply be fired for cause, First Amendment notwithstanding. He reminded these folks that they stand, hands on hearts, tearing up as the National Anthem plays over tinny old speakers in their suburban hockey rings, and baseball diamonds, and high school gridirons. They gaze at the Old Glory and remember family members who sacrificed so much, often all they had, to make it all possible. So now, finally, as a sense of deep betrayal sets in the hearts and minds of regular Americans, as they divorce their favorite teams and toss out their decades of memorabilia, as they cancel their season tickets and satellite packages, a real risk factor is developing for the NFL, players and owners alike. Revenues are down and at least one of the elements needed for a genuine protest is beginning to present itself. Will the NFL continue protesting in the face of risk even as slight as losing a few percentage points of their revenues year over year? I think not. And that of course is why these folks are simply full of it.

After One Year, Poroshenko Faces Huge Challenges In Ukriane