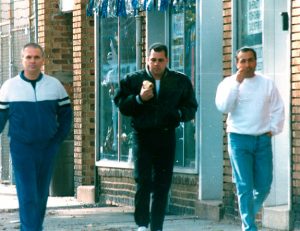 I think most would agree that what makes a country livable is the rule of law. The rule of law rests on three foundations:

• Equal application of all laws. No laws are privileged above others; all are applied with equal ardor and no politicians or political appointees can decide which laws to enforce and which to ignore.

• Laws are made and unmade only by a duly elected Legislative Branch and are thus representative of the people’s wishes. No attempt is made by the executive branch, by unelected bureaucrats, or by an activist judiciary to through action or inaction circumvent the legislative process. 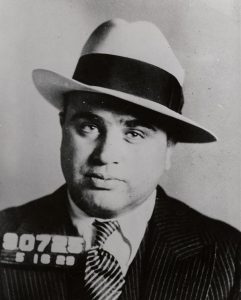 Countries organized around what is often referred to as democratic principles, such as Western European countries, the US, Canada, Australia, etc. traditionally come the closest to the above mentioned principles, yielding superior economic growth (due to a more level economic playing field), which in turn attracts the best and the brightest from around the globe. This generates a virtuous cycle in which the more prosperous a country becomes, the more predictable and lawful the behavior of its rulers, the more it wins in the global competition for talent, making it even more competitive.

Is the rule of law dependent on a majority white population? Despite superficial evidence to the contrary, it does not. While the aforementioned Western democracies have (shrinking) white majorities, plenty of counterexamples, primarily Russia and its satellites near and far, can be found of countries that are majority and in some cases overwhelmingly white having never experienced anything resembling the rule of law as defined in the beginning of this column. In science, once a premise is disproved by a counterexample, it can no longer be considered valid. So no, there is no “white gene” that makes the rule of law more likely, or the absence of which makes it less likely.

While democracy and the rule of law have their origins in Southern Europe (Greece, Rome) and their first modern application in Northern Europe (Great Britain and its colonies), many non-European countries today enjoy systems that provide a strong approximation of the rule of law and strongly benefit from it. These include Israel, India, Japan, and several South American countries like Uruguay and Argentina, which while certainly experiencing many challenges now seem to be on the road to economic recovery based on the rule of law. 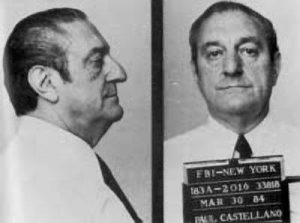 In America, a confluence of events is seriously endangering the rule of law and with it the foundation of American success and the very fabric of its society. In this context, it is important to recall that America was organized not as a nation-state like France or even a confederation of nation states like Germany, but as Constitutional Republic in which the Constitution, the foundational legal document, took on the role of symbolizing the awesome power of the state, replacing the globe and specter of the European monarchies. Canada may have a Johnny Come Lately constitution ratified a hundred years after its confederation, but it is the specter of the British Crown that literally (yes, it’s a gilded stick) presides over the sessions of each provincial legislature and the Federal Parliament in Ottawa.

A country that has a legal document as its foundation would naturally be expected to show a particular adherence to the principles of the rule of law and for most of its existence America did just that, with spectacular success. 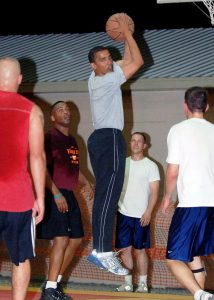 In recent years, however America’s dedication to the rule of law hit a significant bump in the road. All three foundational principles came under severe and sustained attack from unelected elites, which realizing that their goals of drastically reducing the ratio of whites to non-whites in the US population, implementing an ultra-progressive social agenda, and diminishing the influence of faith-based communities would not win popular support, used their power in the Judicial Branch and under President Obama in the Executive Branch of the US government to isolate and render impotent the Legislative Branch. As a result, equal application of duly passed laws ceased, whether by executive action (DACA, etc.) or by selective enforcement (immigration, drug offenses, etc.). Powerful progressive advocacy groups such as ACLU, well-funded by anonymous sources made sure that equality before the law was compromised by selectively deploying their very considerable resources for causes that they (in reality their donors) espouse.

This sudden and precipitous deterioration in the rule of law is now reaching a point where its effects are highly visible and are beginning to have actual manifestations in the daily lives of Americans. Chief among these manifestations is the loss of the freedom of speech. Because in America “private” institutions such as schools and corporations are allowed to maintain and enforce “rules of conduct” and since most Americans must go to school or to work, freedom of speech has all but disappeared in America. Even mild and unintended breaches of these arbitrary and arbitrarily administered rules can get you censured, expelled, or fired. In the overwhelming majority of cases these rules of conduct are highly progressive; you may be allowed and even encouraged to take a day off to join a protest against President Trump, but if you wear a MAGA piece of clothing to school or work, consequences may be dire, as you will be found in breach of those dreaded rules of conduct in a kangaroo trial resembling the Stalinist Troika field tribunals from the 1930’s.

In parallel with the loss of the freedom of speech America has lost the freedom of assembly and the freedom of religion. It is now dangerous, physically so, to publicly express support for the duly elected president in most cities in America. It is also dangerous to express views and behave in accordance with views that are grounded in the Old and the New Testaments of the Bible. Selective enforcement or the lack thereof of laws regarding the possession and sale of narcotics and various “petty” street crimes resulted in significant deterioration in public safety in most American cities. This is greatly amplified by the refusal by the majority of these cities to enforce or even help enforce federal immigration laws, making them a magnet for criminal illegal aliens. 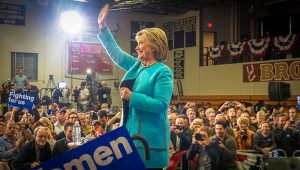 The American people are now beginning to see their most fundamental rights, those pertaining to their ability to live free, productive lives, unafraid of both government reprisals and criminal activity abridged in a way that is unprecedented since the founding of the Republic. It is becoming very difficult if not impossible for most Americans to exercise their God-given rights to life, liberty, and the pursuit of happiness. While the economy by some metrics (many of them fake, but this is the subject of another column) is booming, the new lawlessness in America is bound to start having a deleterious economic effect in the not too distant future. For now, it is having a disastrous effect on race relations, one that may have the most significant consequences yet on America’s future.

The Trump administration is trying to restore law and order to the immigration system and to the streets, while being fought at every step not only by the Democratic Party and other progressive elements, but also by establishment Republicans who learned to profit from the suffering of their voters. The outcome of this political battle is yet uncertain and the forces of lawlessness have landed some major blows, notably in Charlottesville. What is certain, however is that many Americans, particularly white Americans, are beginning to lose faith in the power of the American political system, in the power of the voting booth to restore the America they love, the America for which they and their ancestors had fought and bled to its former state of lawfulness. This loss of faith, unless quickly reversed, will have the kind of consequences that will make the 1860’s and the 1960’s pale in comparison.