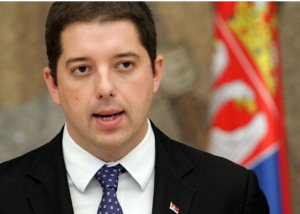 After the arrest of Marko Gjuric, the Head of the Office for Kosovo in Serbia, after he disobeyed an order given by Kosovo police not to enter Kosovo territory, the situation in Mitrovica has tensed once again.


Such tensions are aggravating, as the Serbian faction that is part of Kosovar coalition, is leaving the government.

Serbia has hurled strong accusations towards the Kosovo police, stating there has been violence against representatives of Serbian Republic. According to Tanjug, President Alexandar Vucic had a phone call with Putin, to inform him about the situation. He has also asked the European Union to intervene immediately. The Chief of EU Foreign Policy, Federica Mogherini, travelled to Belgrade today to meet Vucic.

According to Pristina, the case should not destroy the beginnings of dialogue between the two countries. The Kosovar authorities have acted according to national regulations.

The Serbian faction leaving governmental coalition may cause the fall of Haradinaj government.