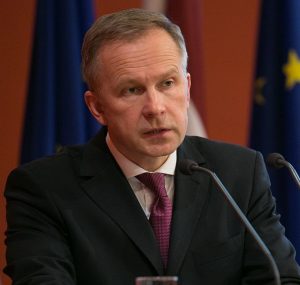 Latvia’s top banking official explained the “rules of the game” for successful banking in the small European country. His sidekick sat the owner of Norvik bank down, scribbling the sum on a piece of paper: 100,000 euros ($125,000) a month.

An international complaint filed by Latvian bank Norvik alleges that a “Senior Latvian Official” repeatedly sought “to extort monetary bribes” and retaliated against the bank when its owners refused to pay up. The 39-page claim, filed before a World Bank arbitration body, did not name the Latvian official.