Although humans cannot live successfully near the Chernobyl power plant for 25,000 years, the disaster site is providing electric power, even green power, solar that is.

“The €1m (£889,000) facility, capable of powering a small town, has been built in Ukraine at ground zero of the worst nuclear accident in history. The one-megawatt plant, fitted with 3,800 photovoltaic panels across an area the size of two football pitches, sits just 100 metres from the gargantuan steel “sarcophagus” that was placed over Chernobyl’s damaged reactor two years ago to lock in remaining fallout,” reports The Independent. 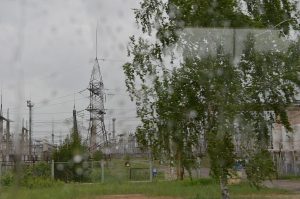 “This solar power plant can cover the needs of a medium-sized village,” said Yevgen Varyagin, head of Solar Chernobyl, the Ukranian-German company behind the project, wrote AFP.

Tsarizm reported last year about wild animals spreading throughout Europe which are carrying radiation to distant lands. The problem is some of the wildlife dig in the dirt around Chernobyl to find food. This is where the radiation lies. The solar panels within the exclusion zone are built on concrete blocks in order to not disturb the earth and release the energy.

“Bit by bit we want to optimise the Chernobyl zone,” Mr Varyagin told Bloomberg last year. “It shouldn’t be a black hole in the middle of Ukraine.”

A giant steel covering, or sarcophagus, was placed over the radioactive remains of the plant in 2016. The infrastructure located near the sarcophagus is a natural for building such a solar facility as it is already connected to the Ukrainian electric grid. 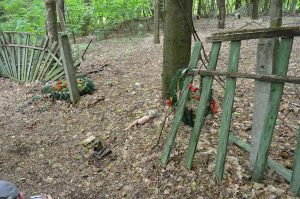