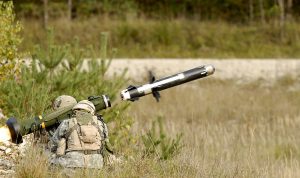 Russia is not happy about the size and language of the new defense bill making its way to the American president’s desk. In addition, President Trump may be soon presented a package to provide lethal weapons to Ukraine, to defend against what the State Department calls Russian aggression against Kyiv in Donbass and Crimea.

The Chairman of the Russian Federation Council (upper house of parliament) Committee for Foreign Affairs Konstantin Kosachev said Friday that the legislation may ‘kill the chance to improve Russian-American relations.’

“This means not only new military expenditures, but is also a claim for new long-term strategies, which, if implemented, may kill the possibility to improve Russian-US relations,” Kosachev wrote on Facebook, wrote Russian state media agency TASS.

“What can be said here? Blinded by hatred against Russia, members of the US Congress have been setting in stone their twisted view of the modern world and their county’s place in it, which will have devastating consequences both for their county and the world.”

In a related development, ABC News reported today that the State Department will soon present President Trump with a proposal to provide lethal, defensive weapons to Ukraine, primarily in the form of Javelin anti-tank missiles. The report stated the package will be valued at $47 million. The State Department or The White House would not confirm the information nor provide comment.