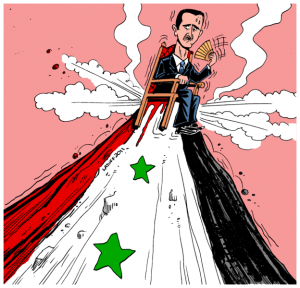 Kremlin spokesman, Dmitry Peskov, announced today that a possible resolution to the Syria problem may be on the table for discussion in the upcoming meeting between Donald Trump and Vladimir Putin in Asia.

The Syrian settlement as a topic for a meeting between the Russian and US presidents “is considered,” press secretary of the Russian president Dmitry Peskov said on Saturday. According to him, there are many topics for discussions between Putin and Trump, thus it is in the common interests “both president could find opportunities for a rather long communication,” reported Russian state news agency TASS.

Peskov added there have been many positive developments in the current Syrian agreements but a higher level of peace could be achieved ‘with cooperation.’

Chiatura Cable Cars…A Must If You Visit Georgia

How Azerbaijan, Georgia, And Turkey Subverted Russia And Isolated Armenia With New Railway

Sberbank Chief: Russia Is Downshifting, We Are Losing