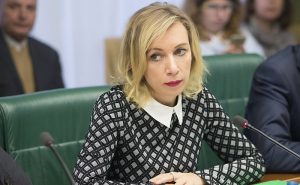 Russia reacted angrily Thursday at the news that the social media giant Twitter was removing advertising from accounts of Russian media outlets like RT and Sputnik. The Russian Foreign Ministry threatened retaliation.

“We see this as a next aggressive move aimed at blocking the activity of Russia Today (RT) and coming as a result of pressure from a faction in the US establishment and intelligence agencies,” said Russian Foreign Ministry spokeswoman Maria Zakharova, adding that retaliatory moves will follow, reported Russian state news agency TASS.

She said that preventing the activity of Russian media outlets, also “carried out with the use of intelligence services’ arsenals, testifies to a blatant violation by the US of international as well as domestic legislative acts, guaranteeing the freedom of speech”. “Private corporations’ joining this campaign testifies to an unprecedented attack by American security agencies on media.”

“Twitter has made the policy decision to off-board advertising from all accounts owned by Russia Today (RT) and Sputnik, effective immediately,” the statement said on Thursday.

“We did not come to this decision lightly, and are taking this step now as part of our ongoing commitment to help protect the integrity of the user experience on Twitter.”

Twitter said the entities may continue to be orgnanic users of Twitter. The move comes as U.S. intelligence agencies described RT and Sputnik as “implementing state-sponsored Russian efforts to interfere with and disrupt the 2016 presidential election.”