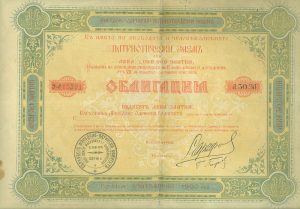 The Russian bond market has been thrown into turmoil by legislation which effectively forced foreign credit rating agencies from leaving the Russian market, leaving on Russian owned firms available to assign ratings to fixed-income securities. The legislation was put into effect after Western agencies downgraded Russia upon the annexation of Crimea.

The withdrawal of Moody’s, Fitch, and Standard & Poor’s primarily leaves the Russian firm ACRA, promoted by the Russian government and the central bank, along with Expert RA, a private Russian-owned firm, as the only games in town.

“The central bank organized a rating revolution. If funds won’t be able to keep bonds due to rating requirements, they will sell these bonds,” said a Moscow-based fund manger, reported Reuters.

“Imagine there is only one agency on the ratings market. Clients have nowhere to go,” Sergei Tishchenko, head of Expert, told Reuters, expressing his opinion that ARCA was benefiting from government support.

Bond ratings are critical to institutional investors as they are an effectively way to ‘cost-out’ the price of risk when investing in a fixed-income security. Obviously having most securities rated by a government-sponsored institution calls into question the accuracy and trustworthiness of the rating.

This adds another layer of risk for foreign investors considering putting money into the Russian bond market.