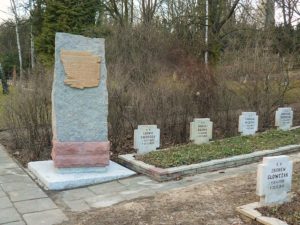 Poland’s defense minister honored Polish fighters against the former communist regime as heroes, patriots, and founders of freedom. Poland owes its freedom to the anti-communist fighters who did not lay down arms after World War II, the nation’s defense minister said Wednesday, reports AP.

Defense Minister Antoni Macierewicz made the comments while attending a ceremony of underground Polish soldiers who fought the Nazis and the communists, called the Home Army. The communist regime arrested many of them, gave them show trials, executed them, and used their persecution as a way to control the population. They also erased their memory from the historical record.

The Polish government is now restoring their memory to Polish history books. The current, nationalist-minded Law and Justice party government is seeking to build a sense of national pride around their struggle and suffering.

Some of the events for the celebration were held at Rakowiecka Street prison where many were executed.

Poland has also made an effort to erase the Soviet memory from the country, taking down and returning communist monuments to Russia, to an angry reaction from the Kremlin.