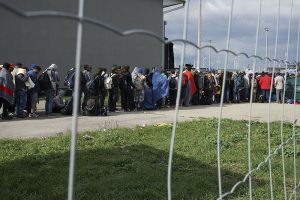 The interior minister for the Czech Republic, Milan Chovanec, said on Monday that the nation will not take any more refugees past the 16 they have already resettled in-country. He stated this decision is final in spite of any financial sanctions the European Union may impose for opposing the EU resettlement plan, which included a quote of 1600 migrants for the country.

“As gradually we check the remaining refugees, I think it is not possible to take anyone else,” he told the website Parlamentni listy, reported RT.

“It is then up to the government to assess if it was worth sanctions or not. In my opinion – yes. You cannot let people here without control.”

The EU may impose fines of up to $290,000 per refugee refused to be accepted by Eastern European countries. Poland and Hungary have also refused to admit migrants per the EU direction.

The Czech President Milos Zeman has said, “Our country simply cannot afford to risk terrorist attacks like what occurred in France and Germany. By accepting migrants we would create fertile ground for barbaric attacks.”

The Deputy Prime Minister Andrej Babis has also stated, “After what has been happening in Europe, I say clearly that I don’t want even a single refugee in the Czech Republic, not even temporarily.”

Russia To Dispose Of Chemical Weapons By 2020