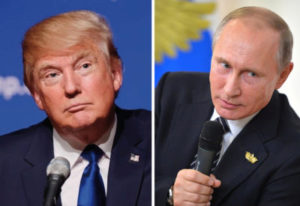 Russian presidential press secretary Dmitry Peskov pointed to the similarity of the approaches of Russian and US leaders Vladimir Putin and Donald Trump to international relations, RIA Novosti reported.

“They both insist on the priority of national interests and they are well aware that it is in their national interests to maintain good relations with a partner, to make sure that these relations are mutually beneficial and that you are ready to take into account each other’s opinions,” he said.

According to him, Russia is “patient enough” to understand the approaches of the current US administration.

“We understand that they – the current administration – still need time to articulate their ideas more clearly about Russia,” Putin’s press secretary stressed.

According to him, for Russia, the low level of relations with the US “poses a danger” and expressed hope for the best. He stressed that Russia should not be part of the US domestic political struggle. “On the fact that our country and our bilateral relations have become a kind of victim, a victim of the domestic political game. There are certain people in the US that want to use the Russian Federation in their games, but in domestic political games,” – Said Peskov.

He repeatedly noted that Russia was often accused of influencing the outcome of the elections in the United States, but no one could prove this.

Moscow Patriarch In No Hurry To Solve Romanov Mystery