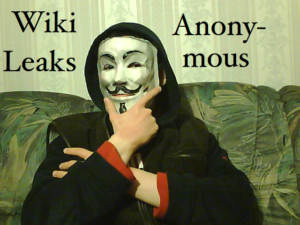 The U.S. Office of Director of National Intelligence released on Friday a report that detailed the Russian campaign to influence the US election.

The document also reports that “with high probability” the Main Intelligence Agency, (GRU) of the General Staff of the Russian Federation created a “persona,” the hacker Guccifer 2.0, and used websites DCLeaks.com and WikiLeaks, to make stolen data public and spread them via TV and mass media.

“It’s time for our country to move on to bigger and better things,” Trump declared in a written response released few hours after the announcement. “Nevertheless, in the interest of our country and its great people, I will meet with leaders of the intelligence community next week in order to be updated on the facts of this situation.”

“What is true is that the Russians intended to meddle and they meddled,” Obama declared on Friday. “One of the things I am concerned about is the degree to which we’ve seen a lot of commentary lately where there are Republicans or pundits or cable commentators who seem to have more confidence in Vladimir Putin than fellow Americans because those fellow Americans are Democrats.”

Putin has not yet responded on the results of the report but in the press conference held in December 2016, he declared that “the losing party is always looking for the guilty on the other side.” In this case the main thing, in his opinion, is not where the hackers come from, from Russia or elsewhere, but what “the essence of the information they have provided to public.”

Is Vlad Easing Up For The Elections?