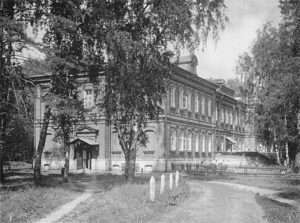 As the recession rages in Russia, and the Kremlin grapples with domestic spending cuts, the City of Moscow has decided to ‘optimize’ mental health care by merging multiple mental health facilities within the city limits. This obviously results in reduced facilities for people in severe mental health distress. With the Kremlin’s continued focus on military spending, the issue becomes especially critical in the difficult economic environment.

As a result of the reforms, medics fear Moscow and its 12 million residents will be left with just three mental hospitals. “This is simply ridiculous,” says Yury Savenko, president of the Independent Psychiatric Association. “It isn’t even close to being enough for a metropolis like Moscow,” reports The Moscow Times.

An especially beloved hospital No. 12 will be merged with the larger Solovyov Neuropsychiatric Center.

“They were real professionals, saving lives there,” says Yelena Kostyuchenko, a reporter for the Novaya Gazeta newspaper, who is a former patient. “Their doctors knew how to deal with people in grief, people in shock. They treated victims of terrorist attacks, prevented many suicides, and dealt with post-traumatic stress disorder in people returning from war,” again reports The Moscow Times.

For its part, the city has pledge to open up to 20 ‘outpatient’ psychiatric centers where patients can receive care in addition to opening psychiatric wards in current medical centers. 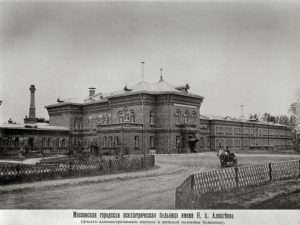 Albania, Under The Yoke Of The Rising Oligarchs

Dutch To Demand Limits On Ukraine At EU Summit

The Immortal Regiment To March On May 9th

IMF Says It Will Support Ukraine In Debt Moratorium